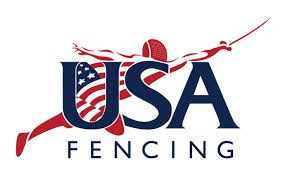 USA Fencing has selected five athletes for the upcoming Wheelchair World Championships due to take place in Egers in Hungary next month.

The Championships are a key qualifying event for next year's Paralympic Games in Rio de Janeiro and the Americans have made their selections based on the National Team Point Standings at the end of the World Cup season.

Paralympians Joey Brinson and Curtis Lovejoy will lead the team and will be joined in Hungary by Ellen Geddes, Vikki Espinosa and Alexander Xue.

Brinson represented the United States as a category B sabre fencer at London 2012 and also competes in the epee where he is in the world's top 25.

Lovejoy, meanwhile, is a five-time Paralympic swimmer who holds three gold medals from the pool.

He fenced at the 2000 Paralympic Games in Sydney in sabre and epee, but is now a category C fencer which will not be contested in Rio.

Geddes made her World Championship debut in 2013 and earned a top 16 result as a category B foil fencer, before winning her first World Cup medal in the category B epee in Montreal last year.

She is now the highest-ranked US woman in the world standings where she is placed 19th in foil and 21st in epee.

Espinosa, meanwhile, is a first-time world team member and only fenced on the international circuit for the first time in April, at the age of 47.

She secured two medals with bronzes in both the category A foil and epee events.

Xue, a former national table tennis champion, is just 16 and won his first National Championship medal in wheelchair fencing in April when he took bronze in the sabre.

He will be making his World Championship debut and will compete in the category A foil and sabre.

The Championships are scheduled to take place between September 17 and 24.