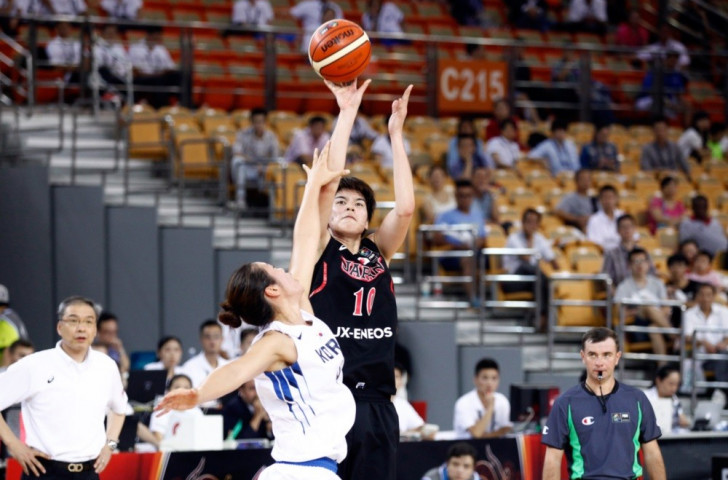 Defending champions Japan began the 2015 International Basketball Federation (FIBA) Asia Women’s Championship campaign with victory over South Korea in a rematch of the 2013 final on the opening day of the event in Wuhan, China.

Women's National Basketball Association star Ramu Tokashiki, who plays her club basketball for the Seattle Storm, led the way for Japan with 12 points and nine rebounds as they edged their Korean rivals 59-53 in Group A.

Yang Ji-Hee and Kim Jung-Eun both managed hauls of 15 points for South Korea but their efforts were to be in vein as they started the 2015 tournament the way they ended the 2013 competition - suffering defeat at the hands of Japan.

It proved to be a successful day for the favourites as hosts China, third two years ago in the Thai capital Bangkok, also got off to a winning start, hammering Thailand 113-34 in the same group.

China were dominant from the outset as they asserted their clear gulf in class over their opponents early on, establishing a 19-point advantage after the first quarter.

They then continually extended their lead, emerging with an 81-point winning margin to send out a message to their rivals at the first available opportunity.

Taiwan, beaten by China in the 2013 bronze medal contest, cruised to a commanding 92-61 win against India, thanks largely to 20 points from Wei Yu-Chun.

Wei’s side went 11 points in front at the end of the opening stanza and, despite a period of resurgence from the Indian team, led 37-25 at half-time.

From there,, Taiwan controlled the tempo of proceedings and extended their advantage to 66-43, setting them up for a dominant final quarter.

North Korea marked their first game for over a decade with an 82-35 success in their contest with Sri Lanka and coach Kim Yong Sik revelled in his side’s triumph in Group B.

“We are here and back.

“That is important for now.

“We have begun with a win and we need to make this count for our experience.”

In the first game of the tournament, Kazakhstan proved too strong for Hong Kong, falling one point short of a century in their 99-48 win.