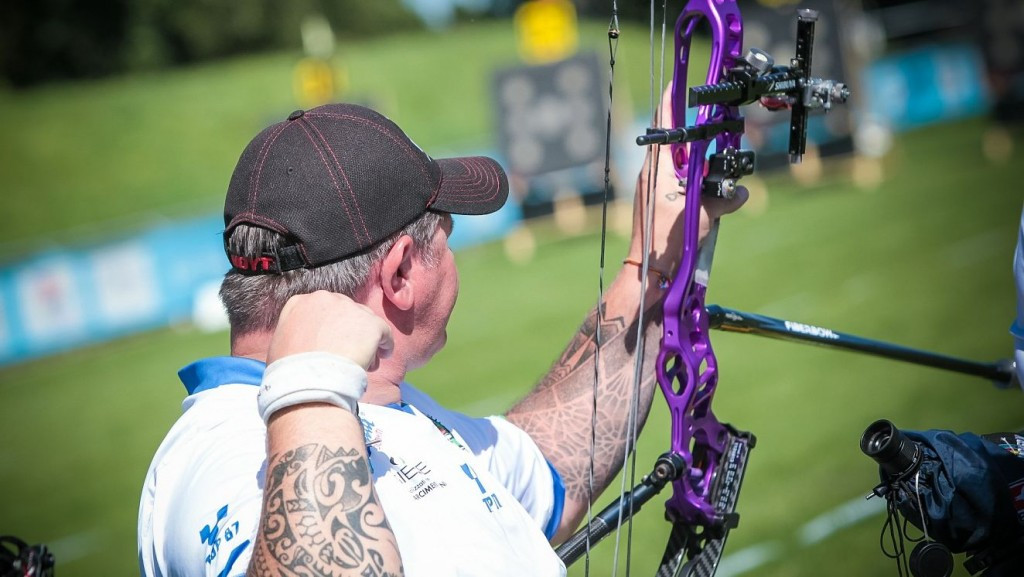 Alberto Simonelli is one step away from a first global title in 17 years after reaching the compund men's open final at the World Para-Archery Championships in Donaueschingen, Germany, with South Korea's Lee Ouk Soo the only man standing in his way.

The Italian, who won his only previous world title in 1998, overcame Britain's defending champion John Stubbs in a tense semi-final 148-145.

Lee, the 19th seed, beat the day's surprise package, Jonathan Milne of Australia, in the other semi-final, leading throughout before eventually prevailing 148-140.

Milne, who had earlier got the better of Eric Pereira of France before a shock victory over Paralympic champion Jere Forsberg of Finland, was delighted with his day, however, particularly as the Australian team had self-funded their trip to Germany.

“All I did was do what my coach told me in Australia and it seemed to work.

"I was very happy with my performance today.

“The whole team has paid for themselves to be here and it does make it worthwhile now I have done even better than I expected.

"I hope it raises the profile of Para archery in Australia and we get some funding because of it.”

He will now face Bangkok 2013 world champion Stubbs in the bronze medal play-off, with all the medal matches scheduled for the final day of the Championships on Sunday (August 30).

In the corresponding women's competition, meanwhile, China's Lin Yueshan produced a superb 143-139 win over Asian rival Kim Mi-soon of South Korea to set up a final against another Italian, Eleonara Sarti.

Action is due to continue tomorrow in Donaueschingen with an array of medal matches in the various team competitions.