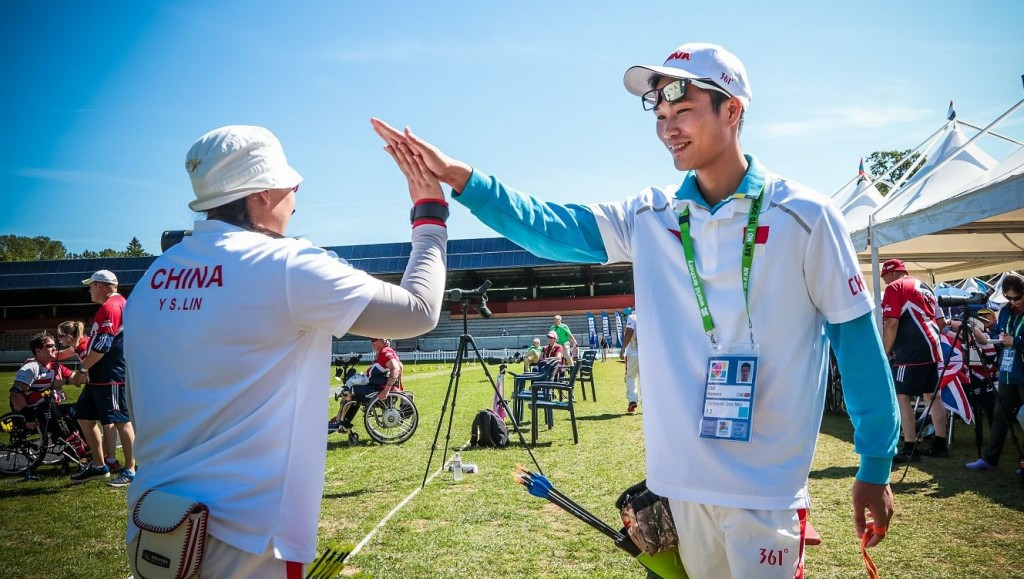 China's compound open mixed team became the latest record breakers at the World Archery Para-Championships in Donaueschingen, Germany, shooting 157 out of 160 to set a new best mark for a 16-arrow match.

The duo of Lin Yueshan and Cao Hanwen set the world-best score during the first round of knock-out action when facing France, defeating them by an impressive margin of 18 points.

They then beat a strong Russian team 155-153 before fighting back from five-points down to overcome Italy's top seeds, the Bangkok 2013 team bronze medallist Eleonora Sarti and 1998 World Champion Alberto Simonelli.

“We shot well as a pair but my score was still below my expectations,” said Lin, for whom Donaueschingen is a first international tournament.

“I always feel I can do better and look forward to competing during the rest of the week.

"We treat each of our opponents the same and try to shoot as well as possible.

“We focus on ourselves because if we both shoot well it gives us the best opportunity for success."

The Chinese pair are due to face Mel Clarke and John Stubbs in the final on Saturday (June 29) after the British duo, both Paralympic medallists, defeated teams from Slovakia, Spain and South Korea.

Russia will face hosts Germany for gold in the women's compound final, with Brazil up against Italy for bronze.

In the men's compound event meanwhile, it will be Turkey against United States for gold, while Italy will battle with Czech Republic for the final place on the podium.