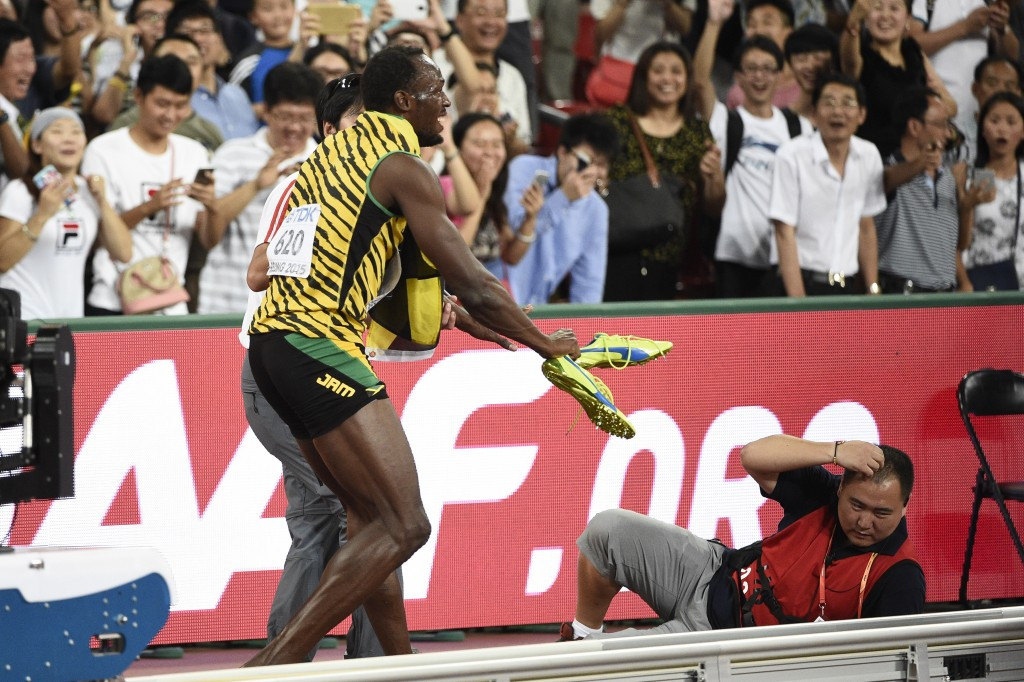 Usain Bolt hinted strongly tonight after completing his sprint double over Justin Gatlin here over 200m that he might finish his career at the Rio 2016 Olympics rather than at the following year’s IAAF World Championships in London as he has previously said.

The 28-year-old Jamaican, who told a post-race press conference that he was “all right” after a TV cameraman lost control of his Segway and upended him from behind during his lap of honour, commented: “After Rio, as I said, my sponsors and my coach said to me, ‘if you are not going to be serious about going to the World Championships in London, then you shouldn’t do it.

“So it’s all about how I feel after Rio – if I want one more season and if I am going to be focused enough to return. That will be determined – if I compete after Rio.”

Bolt, whose winning time of 19.55 was the fastest time of the season, added that he still had ambitions to run faster next season providing he could avoid the injuries which have undermined his preparations this year, preventing him from running any competitive 200m races before Beijing.

“Without a doubt I am ready to go," he said. "The key thing is not to get an injury. The older you get, the rougher things are. If I can get one season with no issues I know I am going to be in the best shape I can be in when I get to Rio, and Justin will be there pushing me to run faster. So I know it’s going to be a tough one.

“But also one of my goals is to run under 19 seconds so if I want to run that I have to really push myself next season because I think that’s the only season I’ll have to really do that and I really want to go fast.”

Bolt was dramatically upended from behind as the cameraman lost control of his Segway and ended up “tackling” the athlete in the manner of a defender going through the back of a forward on a football field.

Bolt looked startled, but got straight back up to his feet with a smile and he joked about the incident in the press conference.

“I did not actually hit the cameraman,” he said. “He took me out. There’s a rumour – which I can stop right now – that Justin Gatlin paid him off, so…but I’m all right, so it’s all good.”

Gatlin, sitting alongside him, added with a wide grin: “I want my money back. He didn’t complete the job.”

Asked if he thought it would be a good idea to get his legs insured, Bolt responded: “I probably should get my legs insured. It was pretty scary when it happened. I got a few scratches, but I’ll be all right.

“The cameraman said he was sorry, as much as he could. I was just making sure he was OK because I think he got the worst of it, because he was off balance, falling backwards. I’m not sure if he hit his head, but I’m just happy that he’s OK. “