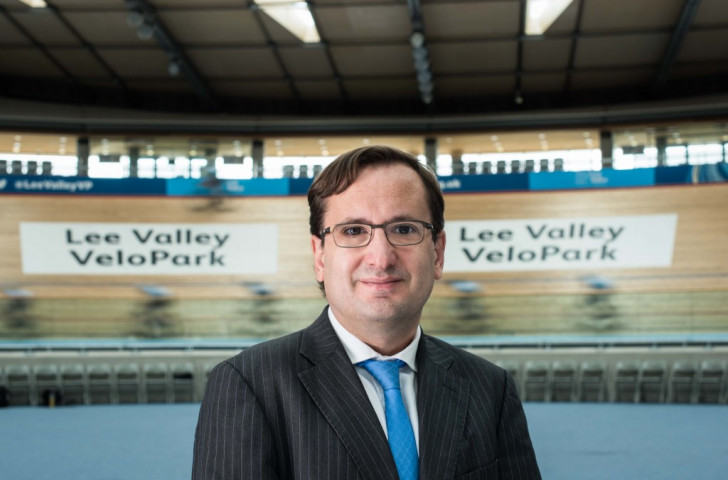 Lee Valley Regional Park Authority, who look after three of the venues used at the 2012 Olympic Games in London, have announced they have appointed Paul Osborn as their new chairman.

The organisation own the Lee Valley Hockey and Tennis Centre, currently staging the 2015 EuroHockey Championships, and the Lee Valley Velopark, both of which are located on the Queen Elizabeth Olympic Park.

They also own the Lee Valley White Water Centre in Waltham Cross, Hertfordshire, which will host the International Canoe Federation Canoe Slalom World Championships from September 16 to 20.

Osborn takes over the role from Derrick Ashley, who has been chairman for six years and will now serve as a vice-chairman of the organisation.

“It’s an enormous honour to be appointed chairman of Lee Valley Regional Park Authority,” he said.

“Since its creation back in the 1960s, we have transformed thousands of acres of neglected land and industrial sites into a hugely popular visitor destination with six million visits a year.

“The Authority is playing a major role delivering a legacy from the London 2012 Games and is entering an exciting new chapter as we hand over the day-to-day operations of 14 of our venues to Vibrant Partnerships.”

Osborn thanked Ashley for his contribution to the Lee Valley Regional Park Authority, adding that the outgoing chairman should take a lot of the credit for ensuring the venues they own provide a positive legacy for London 2012.

“Derrick has steered the organisation through key moments, in particular ensuring legacy was at the heart of the London 2012 venues that the Authority owns - Lee Valley White Water Centre, Lee Valley Hockey and Tennis Centre and Lee Valley Velopark,” Osborn said.

“These are now all open to the public and are hugely popular with visitors, blending sessions for first timers, major events and regular use by elite athletes.”

Osborn will be tasked with ensuring the organisation continue their work with regards to London 2012's legacy by ensuring the venues are used for sporting purposes on a regular basis.