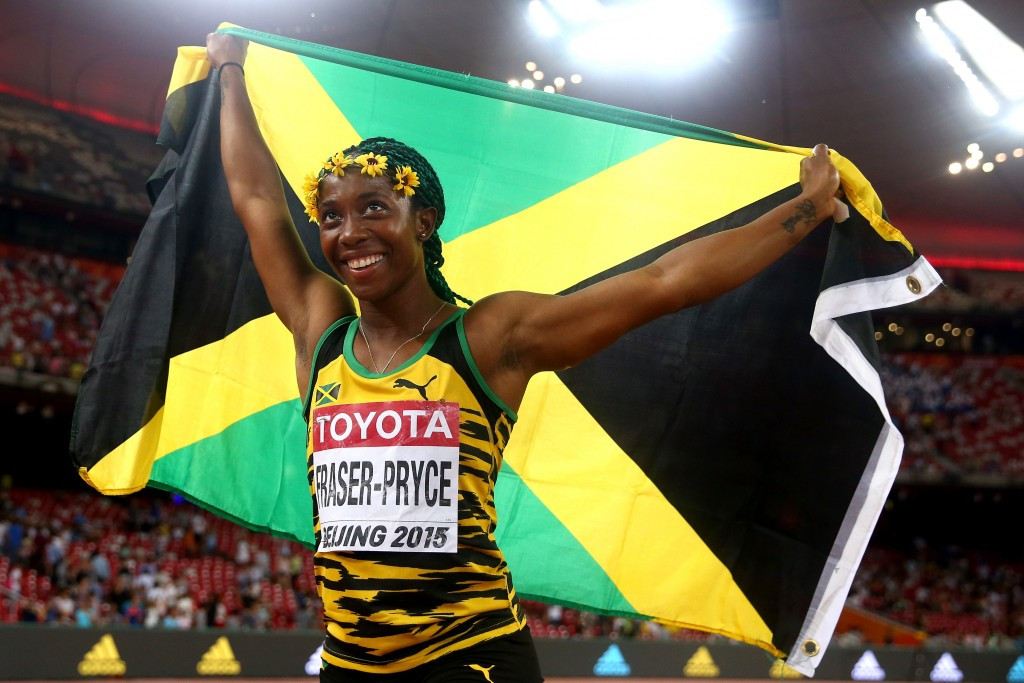 Just like her fellow Jamaican Usain Bolt on the previous night, Shelly-Ann Fraser-Pryce returned to the Stadium where she had won her first global 100 metres gold at the Beijing 2008 Olympics and did it all over again.

It was a vivid concluding flourish to the third day at the International Association of Athletics Federations' World Championships on which pole vault world record holder Renaud Lavillenie failed, once again, to secure the final major title for his full set, but where that other field event favourite, Caterine Ibarguen, retained her triple jump title in characteristically exuberant fashion to extend her three-year winning run to 29 victories with a best effort of 14.90 metres.

“I came here and defended my title and it was really awesome,” Fraser-Pryce said.

“Coming here to do that is recognition for me. I let my running speak for itself.”

The double Olympic champion, her emerald-green braided hair flying behind her headband of mini-sunflowers, flashed over the line in 10.76sec ahead of Dafne Schippers, the former heptathlete from The Netherlands, who set a national record of 10.81, improving on the one of 10.83 she had set in the semi-final.

“I don’t really know what went wrong,” said the disconsolate IAAF World Athlete of the Year.

“Five ninety usually is not difficult for me.”

Defending 3,000m steeplechase champion, 33-year-old Ezekiel Kemboi, led home three fellow Kenyans of whom two were more than a decade younger to earn his fourth consecutive title with a searing final lap that saw him cross the line – in lane three, as he likes to do on his run-ins – clocking 8min 11.28sec.

Kemboi, who had needed to take up his automatic wild card entry as champion after finishing outside the first three in the Kenyan trials, pointed several times to his head, as if to say “all in the mind” - before indulging in a little bit of his favourite crazy dancing.

“I wanted to break the record of Moses Kiptanui, who had won three times and who is my coach.

“As of now I think maybe the Rio Olympics will be my last time that I run steeplechase.”

Jairus Kipchoge Birech, the 22-year-old who has dominated the IAAF Diamond League this season, missed bronze by less than a tenth of a second.

But his disappointment would surely have been as nothing to that of US athlete Molly Huddle, who followed home the gold and silver medallists in the women’s 10,000m - respectively Kenya’s Vivian Cheruiyot in 31:41.31 and, like Jessica Ennis-Hill, making a triumphant return after maternity leave. and Ethiopia’s Gelete Burka 31:41.77 - and in the act of raising both arms at the line was passed by the plunging form of team-mate Emily Infeld.

Huddle promptly formed her own sad and solitary huddle on the track as she realised what she had done to lose what would have been a hard-earned bronze on a steamy night by less than a tenth of a second.

In the morning session, all three Chinese long jumpers made history by qualifying for tomorrow's final, with Jianan Wang, Xinglong Gai and Jinzhe Li recording 8.12m, 8.11m and 8.10m respectively.

Jeff Henderson of the US was top qualifier with 8.52m, and Britain’s Olympic champion Greg Rutherford achieved 8.25m.