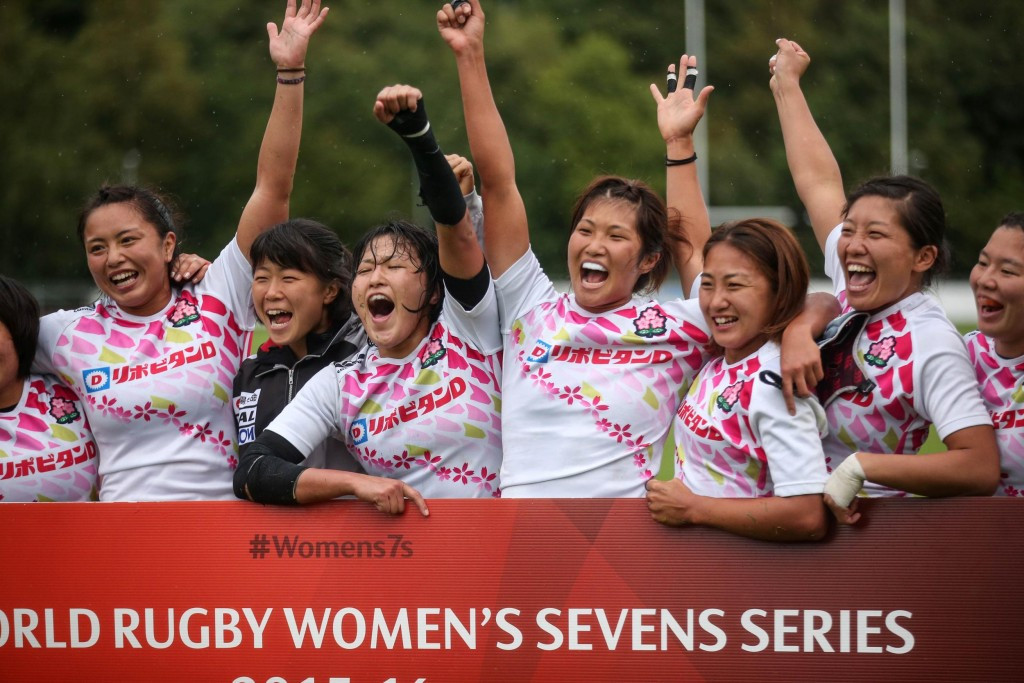 Japan and Ireland have booked their place at next season's HSBC World Rugby Women's Sevens Series after coming through qualification in Dublin this weekend.

Both countries made the final of the tournament at the UCD Bowl which was enough to secure entry for the Series at the end of the year.

A last minute penalty gave Japan a 13-12 come from behind win over the hosts who had booked their place in the final with a 26-14 win over South Africa.

Ireland had raced into a 12-0 lead after two converted tries from Amee Leigh Crowe but Yoko Suzuki and Chiharu Nakamura replied for Japan with the second conversion attempt bouncing off the posts to leave the Irish 12-10 in front.

That set the scene for Yume Okuroda to convert a match winning penalty after Ashleigh Baxter was sin-binned for a dangerous tackle.

The Japanese, who will play in every round of the Series for the first time, had earlier come through their semi-final by beating Netherlands 10-5.

Elsewhere, Brazil were victorious in the plate final as they saw off Hong Kong 17-0 while Kenya won the bowl final with a 5-0 triumph over Colombia in wet conditions in the Irish capital.

“With the Olympic Games less than one year away, it was great to see the passion and intensity as all sides battled to be on the series.

"Women’s rugby is one of the fastest growing team sports in the world and the competition among teams is increasing all the time. In the run up to Rio 2016, participation on next season’s series is very important.”

The dates and venues for the HSBC World Rugby Women’s Sevens Series are yet to be announced.