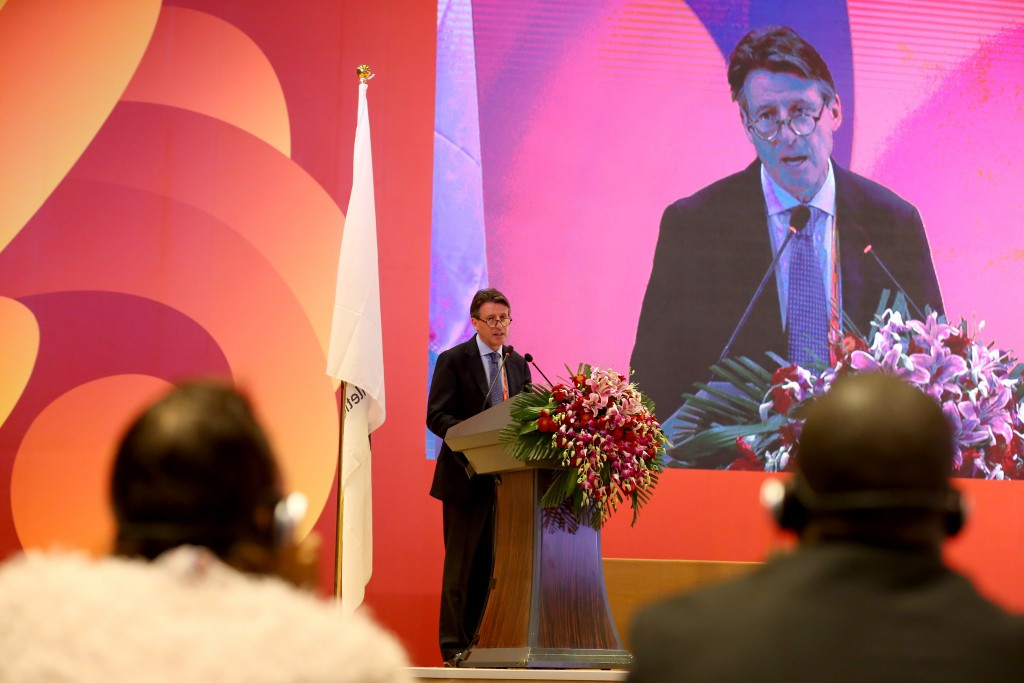 Sebastian Coe will be able to serve only three four-year terms as President of the International Association of Athletics Federations (IAAF) after the world governing body adopted a proposal to limit the length of time one person can serve in the position.

Britain's double Olympic 1500 metres champion had already proposed the adoption of such a rule change during his campaign which ended yesterday with him defeating only rival, Ukraine's Sergey Bubka, by 115 votes to 92.

Puerto Rica's Amadeo Francis, a former vice-president of the IAAF, had led the calls for the introduction of a term-limit and had been supported by several countries, including the United States.

Lamine Diack, the 82-year-old Senegalese who will be replaced as IAAF President by Coe at the end of the World Championships on August 30, had proposed that the topic be discussed by the newly-elected Council.

It would have then been put forward to the next Congress, due to take place in London on the eve of the 2017 World Championships.

There was strong support for the item to be discussed here, however, and the proposal was eventually passed by 127 votes to 58.

Diack has served 16 years as IAAF President but that is only the fourth longest reign in the role.

Coe, who will be in his 70th year when he steps down, providing he serves the maximum term, will be only the sixth President of the IAAF in its 103-year history.

The founding President, Sweden's Johannes Sigfrid Edström, served 34 years before being replaced by Britain's Lord Burghley, who held the role from 1946 until 1976.

Dutchman Adriaan Paulen was in the role for only five years until he was replaced in 1981 by Italian Primo Nebiolo, who served 18 years and is the only IAAF President to die in office in 1999, leading to him being replaced by Diack.

"The adoption of these sound and tested precedents contributes to the promotion of sound ethical standards and increased transparency while nevertheless recognising the need to preserve continuity and ensure experienced leadership," Francis, former President of the President of the North American, Central American and Caribbean Area Association, said.

"The periodic refreshing of the leadership also brings in fresh ideas, breadth and innovation that contribute to the orderly evolution of our disciplines in the increasingly competitive world of sports."

The International Olympic Committee (IOC) had adopted a term-limit of 12 years for the President in 1999 as part of the reforms process that followed the Salt Lake City bribery scandal.

The IAAF has adopted a rule which means candidates for the ruling Council who reached the age of 70 during year of an election Congress cannot be elected or re-elected.

The IAAF have also introduced a new rule that of the four vice-presidents there has to be a minimum of one from each gender, designed to ensure there is always a woman represented.

"Women are a vital pillar of our sport and should be present at the heart of the decision-making process at all steps, improving opportunities for women as we move forward in our sport," said Francis.

Bubka, Coe's defeated challenger in yesterday's election, meanwhile, has been forced to fly home to Ukraine because a close member of his family is seriously ill.

"Sergey Bubka has informed the IAAF President that he will, very reluctantly, have to leave Beijing to attend to pressing family matters at home," the IAAF said in a statement.

"The IAAF would like to send its best wishes to Sergey and his family at this time."

Related stories
August 2015: Coe elected new President of International Association of Athletics Federations
August 2015: Bubka or Coe set to take up IAAF role that is among most exclusive in sport
February 2015: Coe pledges to limit length of term for IAAF Presidency