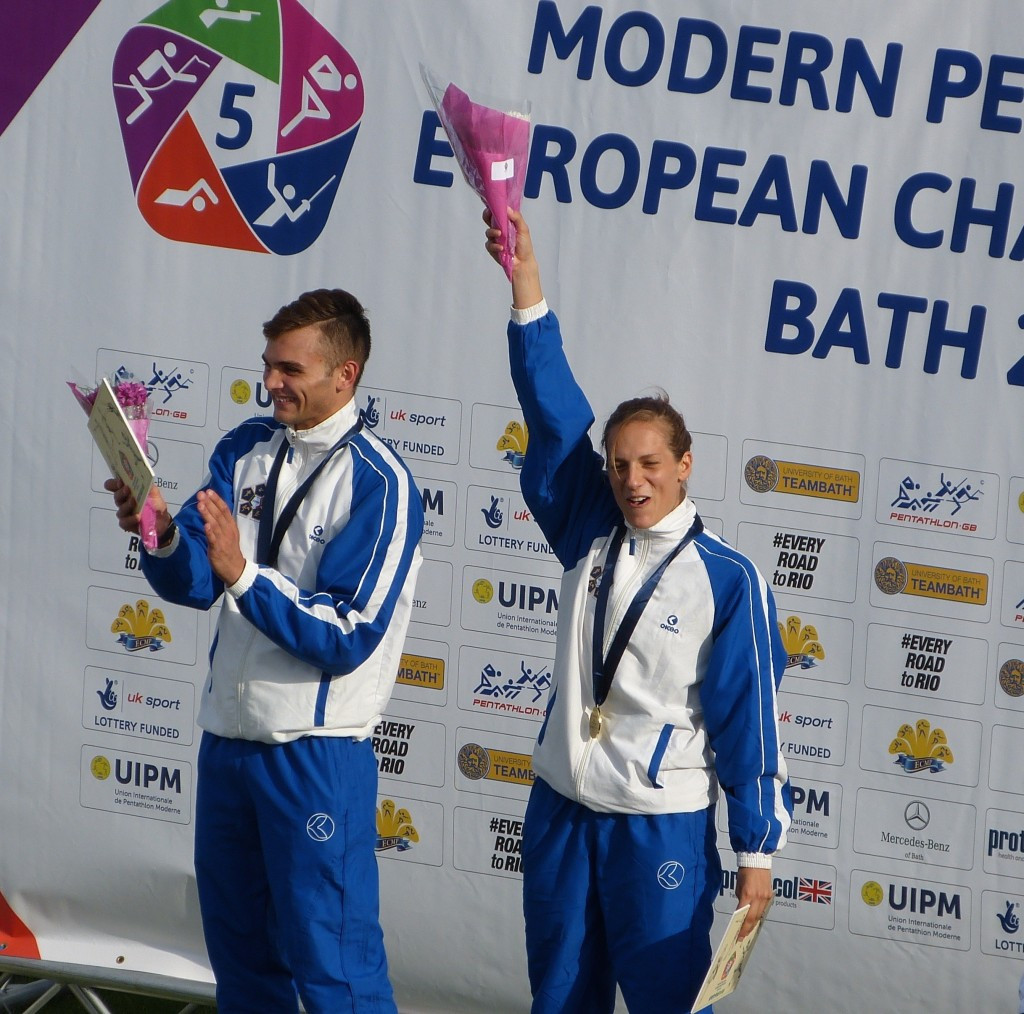 Italy’s Camilla Lontano and Valerio Grasselli combined to win the first gold medal of the 2015 Modern Pentathlon European Championships as the pair claimed victory in the mixed relay event at the University of Bath in Britain.

After a solid performance in the swimming discipline, which started the day, Lontano and Grasselli began to take control as they proved to be the best team in fencing by achieving 21 wins, while suffering only 11 defeats.

The commanding display put them into the lead and they set about extending that advantage in the riding event, with the duo posting a time of 1min 34sec at the finish of the course, which had been specially installed on the in-field of the University of Bath’s athletics track.

While Belarus and Germany were able to record faster times, the Italians were the only team to produce a clear round, resulting in them being awarded the maximum total of 300 points available for the competition.

It ensured Lontano and Grasselli would begin the combined discipline with a 24-second advantage over nearest challengers Belarus and Russia, but their prospects for gold appeared to be diminishing at the halfway stage of the final event as Lontano had been caught by Russia’s Donata Rimshayte.

Grasselli though was able to hold his nerve by producing the best shooting performance of the competition to re-establish Italy as the leaders and he secured the gold by crossing in 11:59, which gave the pair a winning total of 1464 points.

"It was very hard and even a bit unexpected but it was fantastic, as the day went on, every sport seemed to go better and better."

“I was a bit worried during the first circuit of the run and shoot but the second one went very well.

“Camilla did very well, we are a team.

“She made the difference in some of the events and put me in a good position for the combined.”

While Russia’s Rimshayte and Alexander Kukarin challenged Italy in the early stages of the combined event, they were eventually forced to settle for bronze, with Belarus’ Katsiaryna Arol and Ilya Palazkov pipping them to silver by just three points by finishing on a total of 1448.

Germany missed out the podium after their 1438 points saw them finish seven adrift of Russia, while there was disappointment for the hosts as Kate French and Joe Evans were only able to finish on 1428 points.