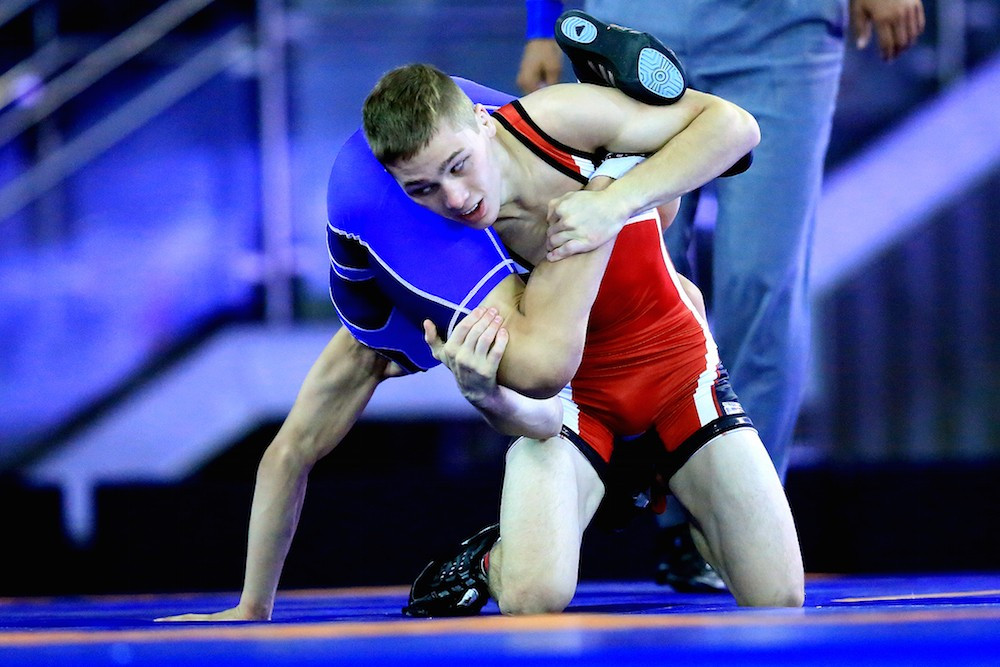 American Spencer Lee, 16, became one of the youngest ever winners at the Junior Wrestling World Championships after beating Iran’s Alireza Goodarzi to the 50 kilogram freestyle crown in Salvador da Bahia, Brazil.

Lee won 10-0 by technical fall in only 48 seconds and was the first in a series of wrestlers to derail what could have been a memorable night for the Iranian side, who reached all four finals but claimed only one title.

Abdelhamid had pressed on through tough quarter-final and semi-final matches, but his luck ran out against Sadeghi, who bounced back from an early takedown to take the win.

Bulgaria’s Dimitar Ivanov won one of the two 60kg bronze medal matches against India’s Amit Amit and was joined on the third step of podium by Russia’s Rashidov Gadzhimurad, who beat Azerbaijan’s Jahid Hasan-Zada.

Russia’s Nabiev Ghadizhi inflicted a second loss of the night on Iran, beating Reza Mozaffar in a topsy-turvy 74kg final.

After Ghadizhi had established an early lead, Mozaffar conjured up back-to-back takedowns to move into the lead via criteria at 5-5.

It was not enough, however, as Ghadizhi scrambled to a later takedown with 10 seconds remaining to seal a 7-5 win and earn Russia their first junior world title in freestyle wrestling.

The bronze medals were won by Georgia’s Tarzan Maisuradze, who defeated Latvia’s Albert Yurchenko, and Hungary’s Peter Nagy, up against Belarus’ Raman Chytadze.

Iran’s Sayed Hossini had looked dominant all day in the 96kg category but Azerbaijan’s Nurmagomed Gadzhiyev used six minutes of attacks and aggression to score a pair of takedowns and a handful of push-outs to earn a 7-2 victory.

Kazakhstan’s Bakdaulet Almentay got his hands on a bronze medal by overcoming Finland’s Taponi Heino Jere, while Canada’s Nishanpreet Randhawa beat India’s Rouble Singh to the other.

The action in Salvador da Bahia is due to conclude tomorrow with freestyle wrestling at 55kg, 66kg, 84kg and 120kg.