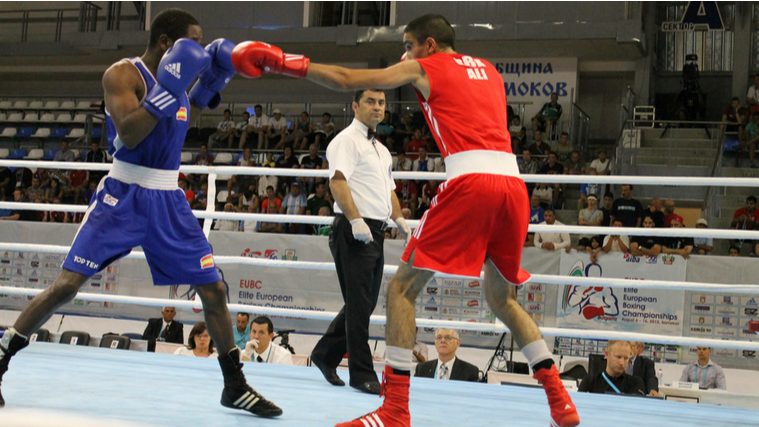 Great Britain will be represented in five of the 10 finals at the EUBC European Confederation Continental Championships in Samokov, marking the best performance by a boxing team from England, Scotland and Wales in the 90-year history of the event.

Harvey Horn set Britain on their way to a historic day of semi-finals in the Bulgarian town, claiming a unanimous victory against Azerbaijan’s Rufat Huseynov in the light flyweight division to set up tomorrow's showdown with Russia’s Vasilii Egorov, who overcame Bulgaria’s Tinko Rosenov Banabakov.

Cordina will face the challenge of Georgia’s Otar Eranosyan, triumphant at the expense of Bulgaria’s Elian Veselinov Dimitrov.

Another Briton Joshua Buatsi ends the competition with bronze after losing out to The Netherlands’ vastly experienced number two seed Peter Mullenberg in a light-heavyweight contest.

All six boxers have guaranteed their place at the International Boxing Association (AIBA) World Championships in Doha this October when Rio 2016 Olympic qualification will be up for grabs.

"The European Championships is one of the toughest events in the boxing calendar so to come away with six medals and five boxers in the final is a tremendous achievement and an important step on the Road to Rio for a very talented but relatively inexperienced group of boxers," said GB Boxing’s performance director, Rob McCracken.

Russia have been pitted against Poland in two of the other five finals as Petr Khamukov and Tomasz Jablonski goes head-to-head for middleweight gold, and Evgeny Tishchenko does battle with Igor Pawel Jakubowski at heavyweight.

Belarus’ Pavel Kastramin and Lithuania’s Eimantas Stanionis will both be vying for top honours at welterweight, while Ireland’s Joseph Ward will look to succeed where Buatsi failed against Mullenberg.

The last final will be the super heavyweight bout between Croatia’s Filip Hrgovic and Germany’s Florian Schulz.