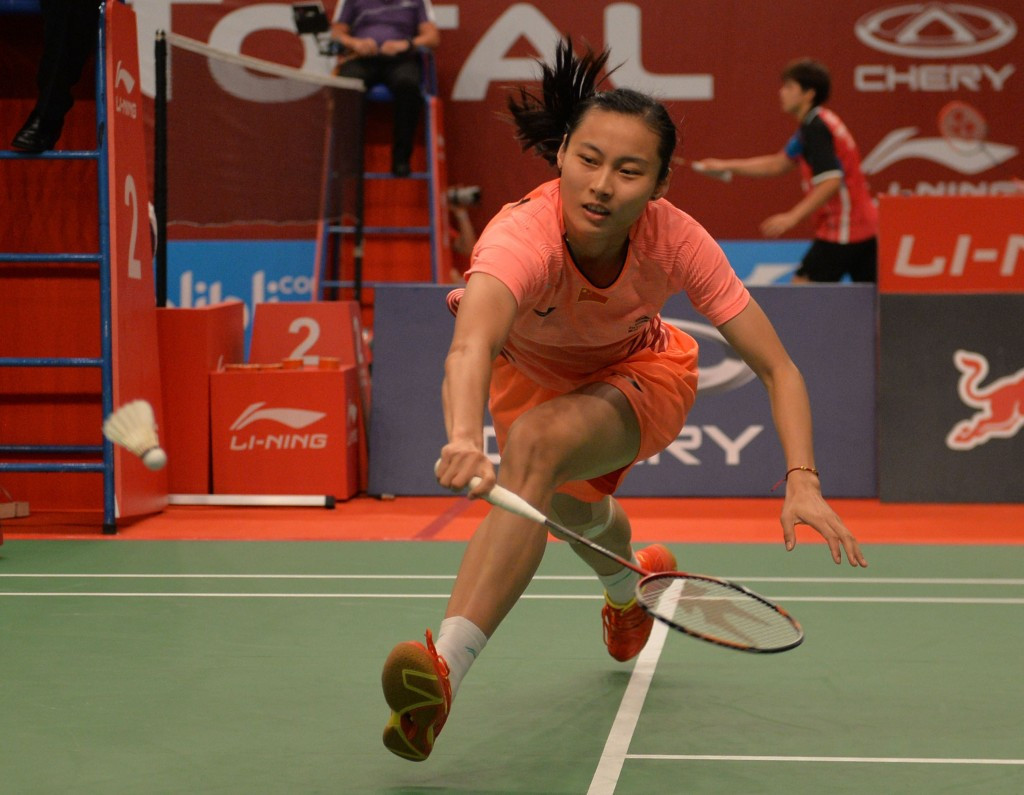 China’s Wang Yihan lost to India’s Saina Nehwal at the Badminton World Championships in Jakarta, meaning her country have failed to secure a women’s singles medal for the first time since making their debut at the event in 1983.

Wang led for much of the third game having fought back to level the match but Nehwal eventually took her chance to claim victory.

"I’m so happy to get a medal at the World Championships because I’ve never made it past the quarter-finals in previous editions," said Nehwal.

"I always had difficult draws and would run into a Chinese in the quarter-final - there was a mental block.

"This time too I had to play Wang Yihan, it was almost like a final."

Nehwal now faces a semi-final tomorrow against home favourite Lindaweni Fanetri, who pulled off an extraordinary win against Chinese Taipei’s Tai Tzu Ying against the odds.

Fanetri appeared down and out at a game and 14-20 down.

After saving six match points, however, she went on to clinch a 14-21, 22-20, 21-12 victory to secure Indonesia’s first women’s singles medal in more than a decade.

In the men’s singles, top seed Chen Long of China was pushed hard by Denmark’s Viktor Axelsen before prevailing, 21-18, 30-29.

Chen, the defending champion, next meets Japan’s Kento Momota, who beat Hong Kong’s Nan Wei 21-6, 21-14 to ensure a first men’s singles medal for his country at the World Championships.

Victory earns him a clash with Malaysia’s Lee Chong Wei, a former world number who only returned to the sport in May after an eight-month doping ban.

Denmark’s Christinna Pedersen and Kamilla Rytter Juhl saw off South Korea’s Yoo Hae Won and Go Ah Ra 21-8, 21-10 and will next take on Japan’s Naoko Fukuman and Kurumi Yonao, who got the better of India’s Jwala Gutta and Ashwini Ponnappa.

The second semi-final will be an all-China affair after second seeds Xu Chen Ma Jin held off a late challenge from The Netherlands’ Jacco Arends and Selena Piek to win 21-9 21-18.

Compatriots Liu Cheng and Bao Yixin were the beneficiaries of a walkover from England’s Chris Adcock and Gabrielle Adcock.

Chris was too ill to play.