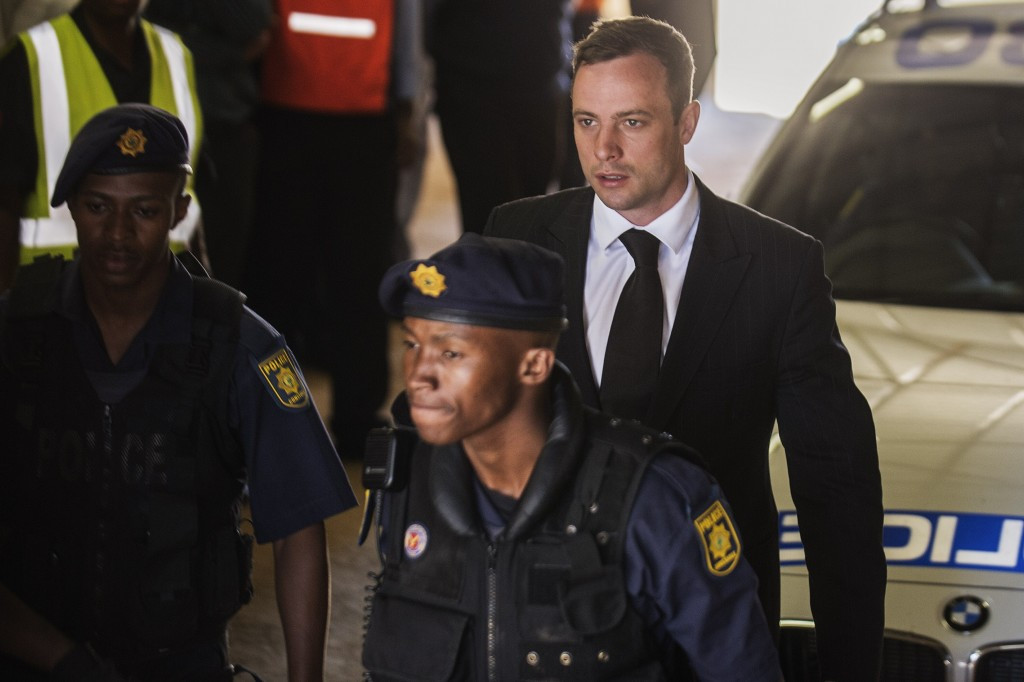 Oscar Pistorius is likely to be released from jail next week after serving 10 months of his five-year sentence for shooting dead his girlfriend Reeva Steenkamp in 2013.

The Parole Board at Pretoria’s Kgosi Mampuru II prison, where Pistorius is currently being held, has recommended that the six-time Paralympic gold medallist be released into the community at the first opportunity even though he did not apply for early release himself.

Pistorius is set to leave prison on August 21, exactly 10 months after his sentence hearing, but he will still be under the control of the Department of Correctional Services.

The South African was handed his five-year sentence last October on a verdict of culpable homicide after fatally shooting Steenkamp through a bathroom door on Valentines Day.

He claimed afterwards he had shot her by accident having mistaken her for a burglar.

In November, prosecutors will contest Pistorius' conviction in the Supreme Court of Appeal, arguing that it ought to be upgraded to murder which carries a minimum 15-year prison term.

It will be up to five judges to decide whether Judge Thokozile Masipa interpreted the law correctly when she found him not guilty of murder.

Although Pistorius’ terms for supervision have not been made public by the Department of Correctional Services, he will reportedly be under house arrest at his uncle’s home in Waterkloof, Pretoria.

It is expected that he will have to undertake community service, undergo regular mental health checks and also refrain from drinking alcohol.

Pistorius is unlikely to be able to leave South Africa as part of his initial supervision, meaning that he will struggle to resume his athletics career straight away.

The International Paralympic Committee ruled in October that Pistorius will not be able to compete at any major event, including Rio 2016, for five years, even if he was to be released before his five-year sentence is complete.

Steenkamp's parents have said that 10 months in jail is "not enough for taking a life".

"We fear that this will not send out the proper message and serve as the deterrent it should," they added in a statement to the Parole Board.