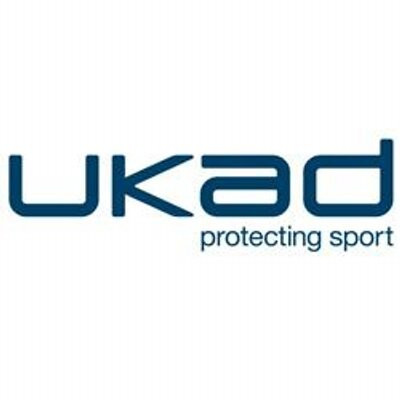 UK Anti-Doping (UKAD) has been appointed to deliver the 2015 Rugby World Cup anti-doping testing programme, it has been announced.

They will be responsible for the execution of an unprecedented sample collection and analysis programme that will operate across the 20 participating teams over the 44-day tournament to be held in England and Wales from September 18 to October 31.

The programme builds on the targeted testing that has operated across all teams since the last Rugby World Cup in New Zealand four years ago.

UKAD, a World Anti-Doping Code signatory, will work in partnership with World Rugby to supply qualified and experienced doping control officers who will be responsible for collecting blood and urine samples throughout England 2015.

All samples collected will be sent for analysis at the World Anti-Doping Agency (WADA)-accredited laboratory at King’s College in London.

"Doping is one of the biggest threats to the integrity of sport and World Rugby is committed to a zero-tolerance policy towards drug cheats in rugby," said World Rugby chairman Bernard Lapasset.

"The appointment of a globally renowned anti-doping organisation to deliver the Rugby World Cup 2015 programme underscores this stance.

"UKAD and World Rugby share the same values of integrity, discipline and respect and in addition to an 'anytime, anywhere' approach to testing, we will also be using Rugby World Cup 2015 as global educational platform of the importance of maintaining an even playing field through our 'Keep Rugby Clean' day on September 26.

"We are looking forward to working with UKAD on what will be an important area of the Rugby World Cup 2015 delivery."

For UKAD the appointment represents an opportunity to build on a similar service provided for the London 2012 Olympic and Paralympic Games, the Glasgow 2014 Commonwealth Games and other major sporting events, and deliver a key player welfare programme for the largest sporting event of 2015.

"We are delighted to be appointed by World Rugby to play an integral part in one of the biggest sporting events in the UK this year," said UKAD chief executive Nicole Sapstead.

"We look forward to working with World Rugby, Rugby World Cup Limited, England Rugby 2015 and the teams themselves to successfully deliver a robust testing programme.

"UKAD played a pivotal role in both London 2012 and Glasgow 2014 and we will use and build on, that experience as we plan and deliver a player focussed anti-doping testing programme for this year’s Rugby World Cup.

"UKAD’s primary goal is to protect clean sport and give sports fans, and all those involved in the event, the confidence that the performances they see on the pitch are solely achieved through hard work, skill, determination and dedication."

Commended by WADA for its educational programmes, World Rugby is a firm believer in an education-deterrent approach as part of its overall anti-doping programme, it claims.

Earlier this year, however, Sapstead expressed her fears about the amount of young rugby players using anabolic steroids to try to improve their chances of reaching the top in rugby.

More than half of all UKAD's current bans concern rugby union and rugby league players, most of them youngsters.

"The problem we've got is that it might be fine during the Rugby World Cup and those who are actually playing,"Sapstead had said in March.

"But then it's the up-and-coming players who are aspiring to be in the next World Cup.

Every player, coach and medic at Rugby World Cup 2015 will have undertaken mandatory education in addition to that provided by unions, players’ associations and clubs to emphasise key points.

"The fight against doping begins with education and last year we provided face-to-face interactive education to 3,400 elite players, while more than 3,600 completed online training, taking the total of educated players to more than 13,000 since the last Rugby World Cup," said World Rugby anti-doping manager Ilaria Baudo.

World Rugby anti-doping rule violations are down year on year globally within the World Rugby testing programme, it is claimed.

Last year, a total of 2,021 anti-doping tests were carried out by World Rugby, more than at any other point since testing began.

"Keep Rugby Clean" day first took place during rugby's showcase tournament in 2011 with teams competing on September 25 being given promotional t-shirts to wear prior to their matches.