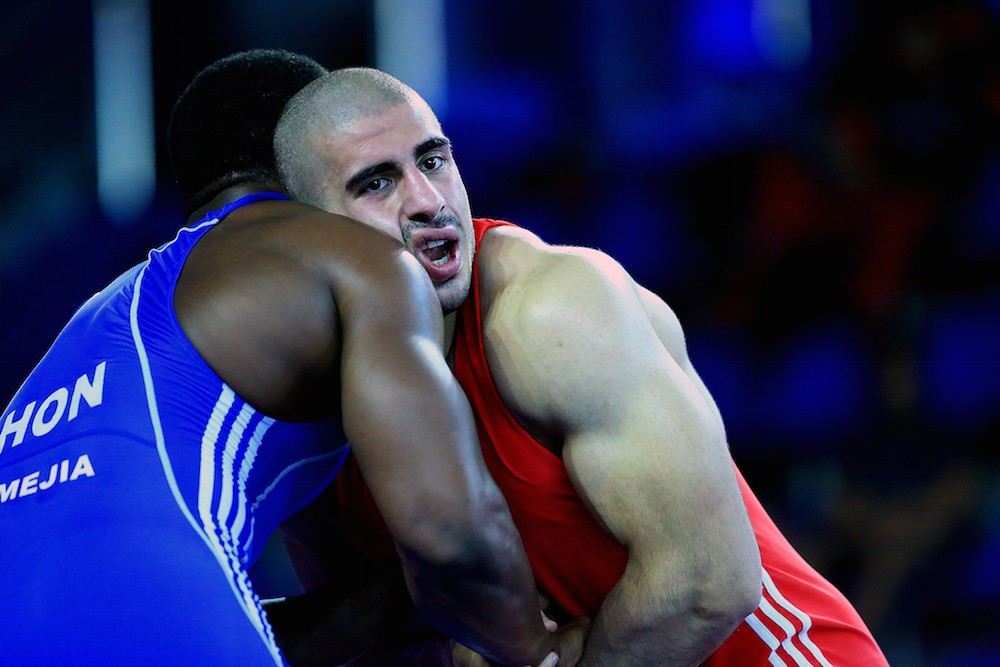 A pushout at the beginning of the second period coupled with three penalty points saw Gela Bolkvadze win the 74 kilograms gold medal match 4-3 against Turkey’s Akbudak Burhan, whose successful "Flying Squirrel" technique when 4-1 behind was notquite enough to overcome the three-point deficit.

Serhey racked up a four-point move and two takedowns in the first period to complete a dominating day on the mats.

Arguably the night’s most enthusing performance came courtesy of Japan’s Masuto Kawana, who looped into a textbook perfect arm spin early in the first period of his 60kg bronze medal match against Armenia’s Dumoyan Taron to sprint into a commanding 4-0 lead.

Kawana continued his pressure and bowed off the mat with an 8-0 technical fall victory.

Russia’s Murat Lokyaev made an impression on the Brazilian fans as well, racking up an improbable 15-4 technical fall victory over Azerbaijan’s Soslan Fanziyev, just over a minute into their 96kg bronze medal encounter.

Honduras’ Kevin Mejia Castillo was the only medallist from the Americas, overcoming Hungary’s Szolt Torok 4-1 in the other 96kg bronze medal match.

There were also bronze medals for Kazakhstan’s Amangali Bekbolatov at the expense of Ukraine’s Oleksii Masyk in the 50kg category, while in the 74kg class, Hungary’s Zoltan Levai and Germany’s Hannes Wagner beat Japan’s Shohei Yabiku and Sweden’s Alex Kessidis respectively.

The action in Salvador da Bahia is due to continue tomorrow with Greco-Roman wrestling at 55kg, 66kg, 84kg and 120kg.