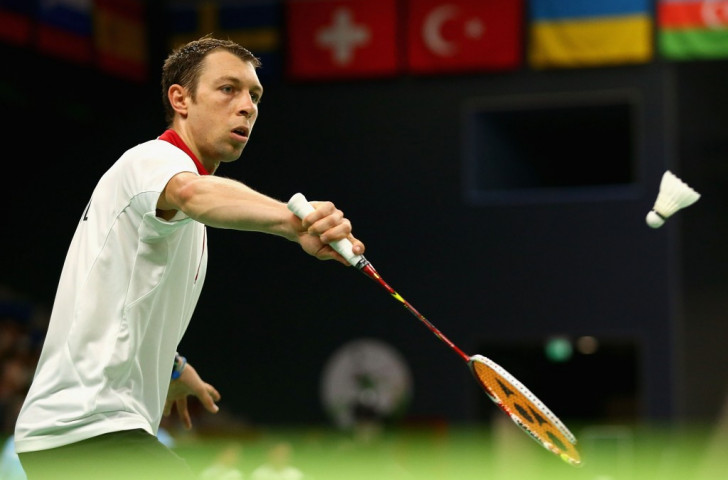 Israel’s Misha Zilberman’s long-awaited appearance at the Badminton World Championships ended in defeat after he suffered a 21-14, 21-14 loss at the hands of Taiwan’s Hsu Jen-hao in Jakarta today.

Zilberman was reportedly denied a visa to Indonesia, the world's most populous Muslim-majority country, because he is Jewish and was only allowed to enter yesterday after a month-long saga.

The 26-year-old, who competed at the London 2012 Olympic Games, applied to gain entry into Indonesia six months ago but was made to wait two weeks in the country before it was accepted.

Indonesia and Israel do not have diplomatic relations.

His application was finally granted after an intervention by the Badminton World Federation (BWF), who denied that they were the ones who would not let the Israeli compete.

“Statements have been made in the media by different interested parties over the past week stating BWF would not let Misha Zilberman compete and that BWF did nothing to assist in the visa-approval process - both statements were completely erroneous and based on uninformed assumptions,” a BWF statement read.

“BWF has worked extremely hard with both local and Israeli stakeholders.

“However, BWF chose not to engage in a public discussion to avoid any distraction while focusing on a solution, as such public attention could have endangered the ultimate objective - to get Misha Zilberman to play in the World Championships.”

Zilberman, who had only arrived in Indonesia yesterday having been forced to wait in Singapore, blamed the controversy for his defeat.

"I am very disappointed that I didn`t show even 50 per cent of what I could because I didn't practise for the last five days or hit any shuttles," he said.

"I thought I could play better...more close to him.

"I would have needed three or four days to come and feel everything."

Elsewhere at the Championships, Thailand’s Porntip Buranaprasertsuk sprung the biggest surprise of the tournament so far, claiming a three-game victory over Japan’s Nozomi Okuhara to reach the third round.

Buranaprasertsuk had endured a torrid run over the past year, slipping from eight in the world to outside the top 20, but was able to rediscover her form with a hard-fought 21-12, 17-21, 21-14 success to knock out the world number nine.

She will now go on to face south Korea’s Sung Ji-hyun after the eighth seed proved too strong for Hong Kong’s Yip Pui Yin, sealing her passage into the next round with a 21-14, 21-16 win.

Defending champion and top seed Carolina Marin of Spain is also through but needed three games to edge past a battling Tee Jing Yi of Malaysia.

Marin, who made an uncharacteristic amount of errors, recovered from dropping the first game to emerge with a 19-2, 21-14, 21-13 win and set-up a meeting with Chinese Taipei’s Pai Yu Po.

In the men’s singles, Germany's 12th seed Marc Zwiebler made light work of Cuba’s Osleni Guerrero, reaching the next round with a 21-16, 21-14 victory.

There was also success for Brazilian outsider Daniel Paiola, ranked number 75 in the world, as he negotiated the tough test provided by David Obernosterer of Austria.

Paiola started well and took the opening game before Obernosterer bounced back in the second, and at one point the Austrian looked as though he might be the one to secure a berth in the third round.