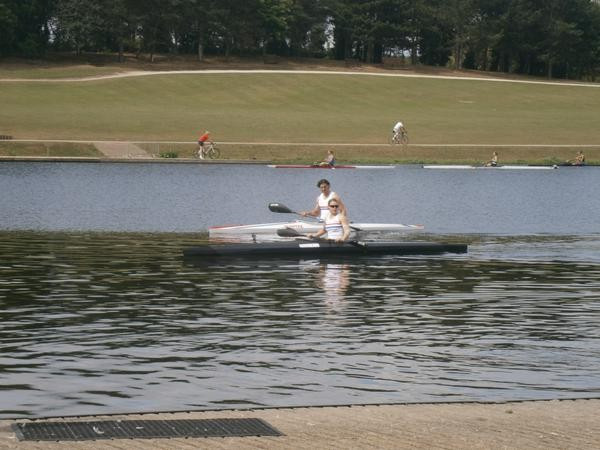 Two wounded ex-service personal, supported by the Help for Heroes’ Sports Recovery Programme have been selected as part of British Canoeing's 13-strong team for this month's Para-canoe World Championships in Milan.

The competition, due to be held from August 19 to 23, is set to be Nikki Paterson’s international debut following a silver medal in the K2 classification at the Open Championships last month, an event that doubled as Britain’s World Championship trials.

Paterson served nine years in the Royal Electrical and Mechanical Engineers (REME) before a road traffic accident in 2010 led to the amputation of her right leg two years later.

Following the amputation, Paterson began to take part in the Help for Heroes recovery programme, which enables over 2,100 injured service personnel to take part in adaptive sports.

Having then taken part in a talent identification day, run by Help for Heroes and the British Paralympic Association, she was invited to become part of the British Para-canoeing team, where she has rapidly developed.

Paterson credits the Help for Heroes’ Sports Recovery Programme for giving her confidence in the aftermath of her injury and is  looking forward to test herself against her team-mate and world champion Emma Wiggs.

“I went to an adaptive sports event and realised that the activities on offer through Help for Heroes Sports Recovery could change my life,” she said.

“All the activities I did with Help for Heroes Sports Recovery really built up my confidence, which got me to the point where I wanted to see if I could do one sport, at an elite level.

“To be a second-and-a-half behind the world champion; it shows we must be doing something right.

Another beneficiary of the programme is Nick Beighton, who lost both of his legs after stepping on an  improvised explosive device (IED) in 2009 when serving the British Army in Afghanistan.

Beighton competed in rowing at London 2012 but has since switched to canoeing in time for Rio 2016, where the sport is due to make its debut on the Paralympic programme.

The former Army captain could prove to be one of Britain’s best hopes of claiming medals in Milan having won both the men’s K1 and K2 races at last month’s trials.