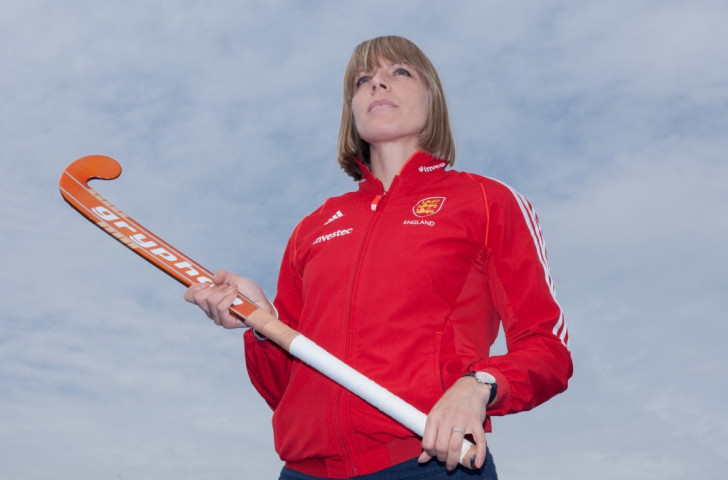 London 2012 Olympic hockey bronze medallist Kate Richardson-Walsh admitted it was a “huge relief” for her side to qualify for next year's Olympics in Rio de Janeiro as she prepares to lead her England team into the Unibet EuroHockey Championships, due to begin here on August 21.

Britain’s women secured their place at next year’s Olympics with a 1-0 victory over Germany, considered one of the favourites for the upcoming EuroHockey Championships, at the International Hockey Federation (FIH) World League semi-final event in Valencia in June.

Richardson-Walsh will now swap her British kit for an England one for the event on home soil, the first major sporting competition to be staged at the Lee Valley Hockey and Tennis Centre since its £30 million ($50 million/€37 million) revamp and one that also offers Olympic qualification.

Both the women’s and men’s teams train together as Britain for each Olympic cycle, before splitting off into their respective home nations for tournaments such as the EuroHockey Championships and the Commonwealth Games.

The 35-year-old is also relishing competing in front of a home crowd and hopes that can spur them on to gold.

“It was a huge relief to qualify for Rio and there was massive pressure on us to get there,” said Richardson-Walsh.

“The European Championships is a big tournament for us as there is a lot of strength in European hockey at the moment.

“I’ve never really felt pressure in front of a home crowd, they’ve always spurred us on and hopefully they can provide a similar atmosphere to London 2012.”

The England women, ranked at number eight in the world and silver medallists from the 2013 event in Boom, Belgium, are scheduled to take on Scotland in their opening game before they face Italy and Germany in Pool B.

Pool A features Spain, world number one The Netherlands, Poland and Belgium.

England’s men, meanwhile, will be led by experienced captain Barry Middleton, who recently earned his 350th cap for England and Britain combined, and they also come into the tournament having already earned a spot at Rio 2016.

The world number five ranked side have been drawn in Pool A alongside Spain, Russia and The Netherlands, while Olympic champions Germany will go up against Belgium, Ireland and France in Pool B.

“The main focus this summer was to get our qualification for Rio sorted which has been good preparation for the European Championships,” Middleton said.

“For us a home tournament is quite different as we don’t get many and with all the legacy this venue has we are excited to get out there.

“To keep up the interest in hockey in the country we have to win things so there is pressure but there’s pressure at every tournament you go in to."