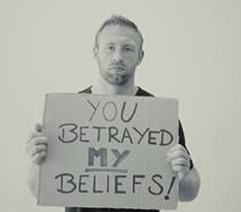 Germany’s Olympic discus champion Robert Harting, who led a group of athletes posting a YouTube message saying the International Association of Athletics Federations (IAAF) had “betrayed” them by failing to combat doping in the sport, has been invited by the sport’s world governing body to visit their headquarters in Monte Carlo and see for himself the work they are doing.

"Dear IAAF, we cannot trust you anymore," Harting said in the English-language video posted on YouTube.

American shot putter Eric Werskey adds in the video: "You damage our sport,"

Harting concludes with the message, "You betrayed my beliefs."

They hold up signs with #hitIAAF.

The message was posted in the wake of the latest allegations made by German broadcaster ARD and Britain’s Sunday Times which claim the IAAF has allowed athletes with “suspicious” blood levels to continue competing.

Harting, a three-time World champion who won Olympic gold in London in 2012, has been a vocal critic of the IAAF and declined to be considered for the IAAF's World Athlete of the Year award in 2014 because he did not want to appear alongside candidates who have served doping bans, including United States sprinter Justin Gatlin.

Harting, however, was formerly coached by Werner Goldmann, who in 1989 following the collapse of the Berlin Wall signed a letter admitting his part in systematic state doping while working with some of East Germany's top athletes.

Goldmann was later given a top coaching job in unified Germany only to be sacked from his position at the German Athletics Federation after the German Olympic Sports Confederation ruled he had doped throwers in the 1980s.

The Harting video comes after reports by ARD and The Sunday Times  that blood doping was rampant in the sport, citing leaked test results from an IAAF database.

The IAAF has strongly rejected suggestions that it had failed to follow up on the suspicious tests and that it wasn't doing enough to uncover doping.

The reports allege that 146 medals - including 55 golds - in disciplines ranging from the 800 metres to the marathon at the Olympics and World Championships were won by athletes who have recorded suspicious tests.

The IAAF have responded by inviting Harting to its offices or one of the competitions to see personally the federation's fight against doping and what it is doing in "rooting out the cheats and protecting the credibility of competition".

"The IAAF very much appreciates and admires the passion, commitment and strength of opinion of all clean athletes and their feeling of intense frustration following the recent unfounded media accusations concerning the IAAF's anti-doping program," the Monaco-based federation said in a statement.

"Therefore, we would love to welcome Robert Harting, whose no-nonsense anti-doping stance we greatly admire, to come and talk to us so we can address his concerns," the IAAF added.

“We therefore offer to invite Robert to our offices or to one of our competitions to see personally what the equally passionate and committed personnel of the IAAF Medical and Anti-doping Department are doing on a day to day basis in the fight against doping, rooting out the cheats and protecting the credibility of competition in the interests of the vast majority of clean athletes.”