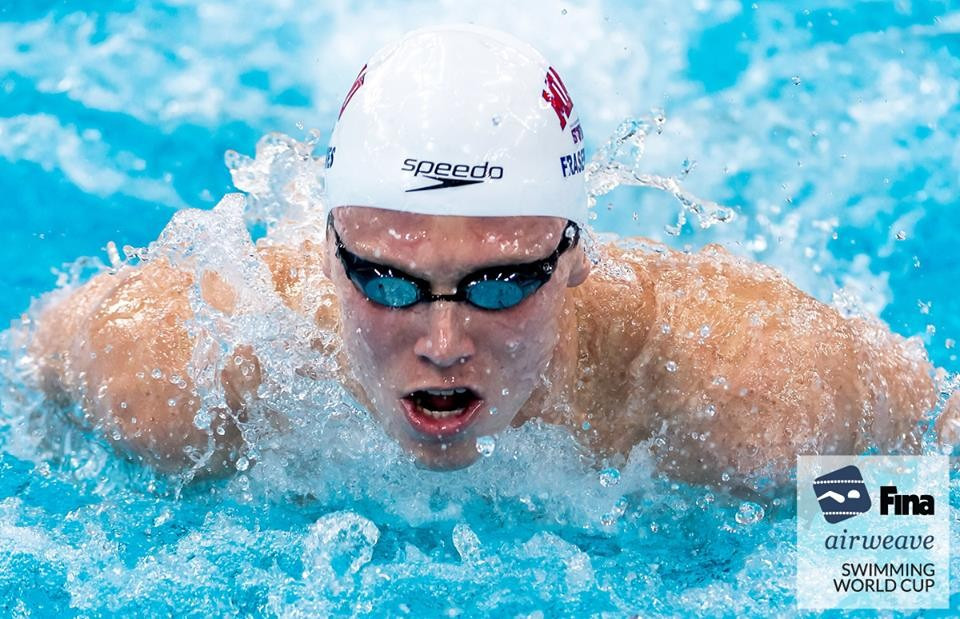 Speedo have been announced as the exclusive swimwear and swim equipment supplier to the International Swimming Federation (FINA) Swimming World Cup series until 2019.

The deal between the leading swimwear brand and FINA was announced on the eve of the 2015 World Cup season which is due to start in Moscow tomorrow.

As part of Speedo’s agreement they will have a presence at all eight events of the series in locations across the world, including having dedicated retail spaces, while they will also provide spectators with the opportunity to meet with top athletes who currently have partnerships with the brand.

“The FINA Swimming World Cup is a prestigious global series, so it’s fantastic for Speedo to be associated as the exclusive swimwear and swim equipment supplier,” said Jamie Cornforth, vice-president of product and marketing at Speedo International.

“The series is a great opportunity for us to support our fantastic Team Speedo athletes and teams, who around the world have the ability to inspire spectators and aspiring swimmers to get in the pool.”

Speedo’s new contract will also give them the rights to cover and stream events live on their digital platforms, while the opening World Cup series event in Moscow will be available for fans to stream live and free via FINAtv.

Fans will be able to watch many of the athletes who starred at the FINA World Aquatics Championships compete with the overall prize money having been boosted to $2 million (£1.3 million/€1.7 million) across the eight meetings, while Olympic qualifying places are also on offer.

FINA President Julio Maglione believes the alterations will help to attract the world’s top athletes to take part in the series and also enhance the sport’s media coverage outside of competitions such as the World Championships or Olympic Games.

“The 2015 edition of this World Cup will comprise several novelties: it will be exclusively held in 50m-pool; all the legs will be qualifying events for the 2016 Olympic Games in Rio; and a new organiser, Paris-Chartres, in France, will make this circuit even more attractive,” he said.

“FINA is strongly engaged in the promotion of swimming outside the frame of its main annual rendezvous, the World Championships, or the Olympic Games.

“That is why the circuit of the World Cup is so important for us: it allows our stars to shine on more occasions, it gives additional visibility on TV for this great sport, and it constitutes a privileged event for the establishment of outstanding performances.”

The Olympiisky Swimming Pool in the Russian capital will play host to many of the world’s top swimmers for the first two-day event of the season with South Africa's Chad Le Clos and Hungary’s Katinka Hosszu, the 2013 and 2014 winners of the series in the men’s and women’s category respectively, set to compete.

Both swimmers will be fresh from claiming gold medals at the World Championships and are set to be joined by fellow world champions Emily Seebohm of Australia, Camille Lacourt of France, Gregorio Paltrinieri of Italy and home favourite Yuliya Efimova.

Following the opening competition in Moscow, the World Cup series is due to move to France for the brand new leg in Chartres-Paris on August 15 and 16, rounding off the first of three clusters.

The second cluster is scheduled to start in Hong Kong on September 25 and 26, before the World Cup travels to Beijing on September 29 and 30 and, finally, Singapore on October 3 and 4.

The final cluster is due to begin in Tokyo on October 28 and 29, with Qatar’s capital Doha set to take up hosting duties on November 2 and 3, before the 2015 World Cup series concludes in Dubai on November 6 and 7.