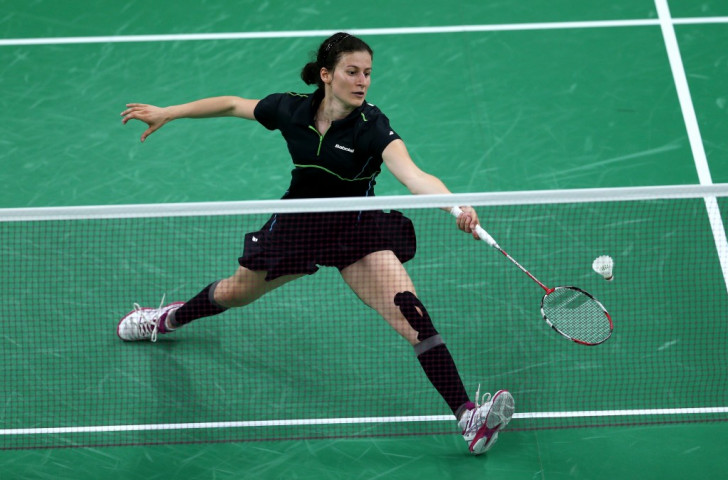 Bulgaria’s Linda Zetchiri secured her spot in the second round of the women’s singles competition at the Badminton World Federation (BWF) World Championships with an emotional win over Germany’s Karin Schnaase on the opening day of the event in Jakarta.

Zetchiri burst into tears once her victory was confirmed and she will now go on to face fellow left-hander and tenth seed Bae Yeon Ju of South Korea in the next phase of the competition.

“I thought of him as soon as I won because we had a very strong connection,” she said.

“He was always supporting me in my sport.

“It’s always going to be like missing something, but I’m trying to focus on what I have to do, rather than what is out of my hands.”

Turkey's European Championships bronze medallist Ozge Bayrak is also through to round two of the women’s singles after she overcame Malaysia’s Lyddia Cheah 25-23, 21-13.

England’s number one Fontaine Chapman suffered a surprise defeat at the hands of American Iris Wang, bowing out of the competition 21-12,  21-19.

Elsewhere in the women’s event, Bulgarian Petya Nedelcheva fought off the challenge of Canada’s Rachel Honderich 13-21, 22-20, 21-13.

There was also a shock result in the men’s singles event as sixth seed Chou Tien Chen of Taiwan exited the competition at the first round stage, losing to Malaysia’s Zulfadli Zulkiffli.

Zulkiffli produced a stunning performance to knock out Chou, a bronze medallist at last year’s Asian Games in Incheon, taking the first game 21-5.

Choudid launch a fightback in the second, squandering a game point before Zulkiffli was able to see out a famous 21-5, 22-20 win.

“On paper Chou Tien Chen is the better player, but I didn’t think too much about it and focused on my game,” he said.

“The pressure was not on me, maybe that’s why I played well.

“I could sense that Chou was nervous in the first game, so I kept on attacking.

“In the second, my coach told me to play a bit more at the net, and that worked.”