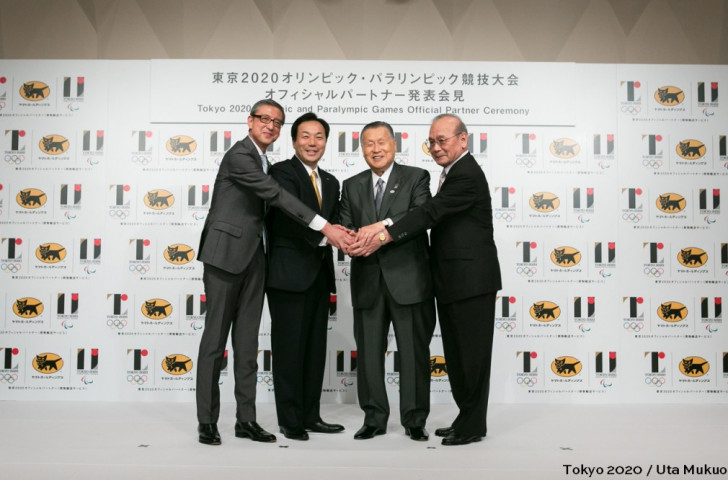 Transport company Yamato Holdings have been appointed as the latest Official Partner of the Tokyo 2020 Olympic and Paralympic Games.

The organisation are one of the oldest transport providers in Japan and have been placed in the “Logistics Services” category, bringing the total number of Tokyo 2020 partners to 17, four of which are now Official Partners.

“I am extremely grateful that Yamato Holdings has agreed to join us in our efforts to deliver the 2020 Olympic and Paralympic Games,” Tokyo 2020 President Yoshirō Mori said.

“Yamato carries out over 1.6 billion collections and deliveries each year, and I am delighted that the company will serve as a Tokyo 2020 Official Partner in the category of Logistics Services.”

Yamato Holdings is part of Yamato Transport, which has around 160,000 employees with 40,000 vehicles servicing Japan.

Founded in 1919, the company handles more than 1.6 billion packages annually and hold the majority of the market share in the small parcel delivery market in the country.

“We are greatly honoured to be able to contribute as a logistics services partner to the Tokyo 2020 Olympic and Paralympic Games,” Masaki Yamauchi, President and representative director of Yamato Holdings added.

“Yamato Holdings is pursuing a 'value networking' design that will develop logistics into a means of generating value, and our unique high value-added logistics services will support the smooth hosting of the Games and help make the Tokyo 2020 Games the best ever.

Tokyo Gas were announced as an Official Partner at the end of July, with All Nippon Airways and Japan Airlines the first to be unveiled in June.

The three other categories are designated for domestic sponsors with the highest tier made up of Gold Partners, and the second and third tiers made comprised of Official Partners and Official Supporters respectively.