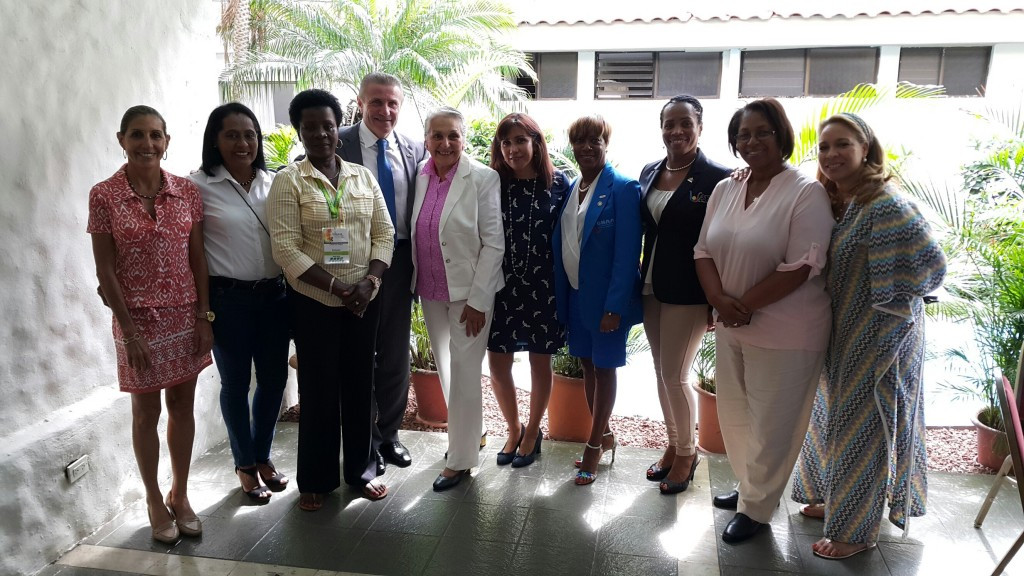 Sergey Bubka today promised to give women a stronger voice within the International Association of Athletics Federations (IAAF) if he is elected President later this month.

The Ukrainian, the Olympic pole vault gold medallist in 1988, promised he would create an additional vice-president position at the IAAF to be held by a woman and to be in charge of the sport’s gender policy.

He also promised that every IAAF Committee and Commission must include women, and the IAAF should establish comprehensive quotas of female representation at every level, whether in the IAAF administration, or within Area Associations or National Federations.

The IAAF's ruling Council of 27 currently has six female members, including Olympic gold medallists Nawal El Moutawakel from Morocco, Pauline Davis-Thompson for the Bahamas and Irena Szewinska from Poland.

Of its 15 Commissions, three currently have no female representation - Ethics, Finance and Budget and Marketing and Promotion.

“Athletics is the most democratic sport, and it is the IAAF’s objective to make it accessible to both genders – either on the field of play or within the administration," Bubka, currently attending the North American, Central American and Caribbean Athletic Association (NACAC) Championships in Costa Rica's capital San Jose, said.

"There are lots of examples of star female athletes who continue to serve our sport after their active career is finished.

"Irena Szewinska, Nawal El Moutawakel, Stefka Kostadinova, Stephanie Hightower and many others have become role models not only winning medals but also advocating athletes’ interests in many sport bodies.

"Female athletes inspire young women around the world to go for sport.

"But it is the global task for the IAAF to support and ensure the equal opportunities for both male and female administrators.”

Bubka has also proposed to launch a panel of experts to discuss solutions for any IAAF gender policy matter worldwide.

"The IAAF must be at the forefront for providing equal opportunities for both genders on the field of play as well as at the office," he said.

"In my ‘Taking Athletics to the New Heights’ programme I make it clear that the influence of female administrators must be strengthened and developed.

“If I am elected, the IAAF will introduce the system of global education and integration for women.

"Regional Development Centres will launch special seminars for female administrators, while we will work out the worldwide online education system for retired female athletes and other women who aim for administrative positions.

"I will initiate the IAAF Women’s Forum to discuss and identify the right solutions for the integration of women into athletics offices.

“The IAAF will provide special grants for the Area Association and National Federation to fund women’s programmes and strengthen women’s participation in sport as well as in administration.

"We will also work with the International Athletics Foundation to develop special programs for the integration of women into the sport of athletics.”

Bubka's only rival to become the new President of the IAAF, Sebastian Coe, is also in San Jose as their campaigns enter the homestraight.

The election to replace Senegal's Lamine Diack, who is stepping down after 16 years, is due to take place on the eve of the IAAF World Championships in Beijing on August 19.

Currently, 21 of the 212 National Federations eligible to vote have publicly backed Coe.

So far, only Kazakhstan have promised to support Bubka.

Bubka and Coe today both met America's Carl Lewis, the nine-time Olympic gold medallist, who is attending the NACAC Championships.

"I retired in 1997, and the sport has been in a state of decline since then," said Lewis.

"No-one has been able to stop that decline...no athlete, no administrators.

"So I hope that when we get a new [IAAF] President, the athletes can stand and reach out to the administrators and the Federations, and do all we can to make our sport grow."

Lewis endorsed Coe to be the next IAAF President more than four years ago.

"I think Seb would be tremendous in the main role and really help clear things up there," he told insidethegames.