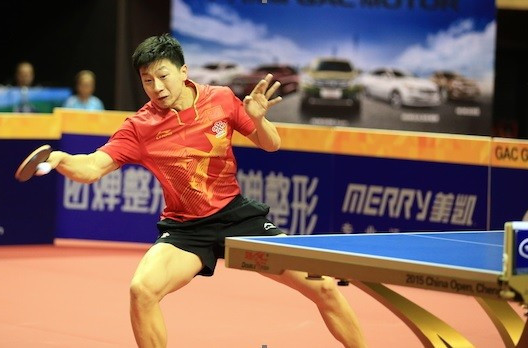 Reigning world champion Ma Long of China fought back from a game down to secure his 20th International Table Tennis Federation (ITTF) World Tour title with victory over compatriot Xu Xin as at the China Open in Chengdu.

He endured a tricky route to the final, needing seven games to beat Japan’s Yuya Oshima, who had to qualify for the main competition, in a tense semi-final before he went on to clinch his sixth China Open gold.

“This is the sixth time I have won the China Open, so it is very special to me,” he said.

“It also takes me one step closer to Samsanov’s ITTF World Tour record.

“Xu is always a very tough opponent and I knew I had to be in my best form to defeat him, and thankfully today I was in front this awesome crowd here.”

The favourite may have prevailed in the men’s competition but did not prove to be the case in the women’s event as Zhu  Yuling produced an excellent performance to beat world champion and favourite Ding Ning in four straight games in an all-China affair.

“I really felt the support today from my local crowd and I know Ding Ning is an amazing player, so I needed to be at the top of my game,” she said.

“This was because I put all my heart and soul into match and I am so happy to be the champion!"

Liu Shiwen and Chen Meng reigned supreme in the women’s doubles, overcoming the challenge of Gu Yuting and Mu Zi 11-3, 11-9, 11-8 to ensure all four titles were won by the host country.

The Bulgaria Open is the next World Tour event of the season and is due to begin on August 19 and concludes on August 23 in Panagyurishte.