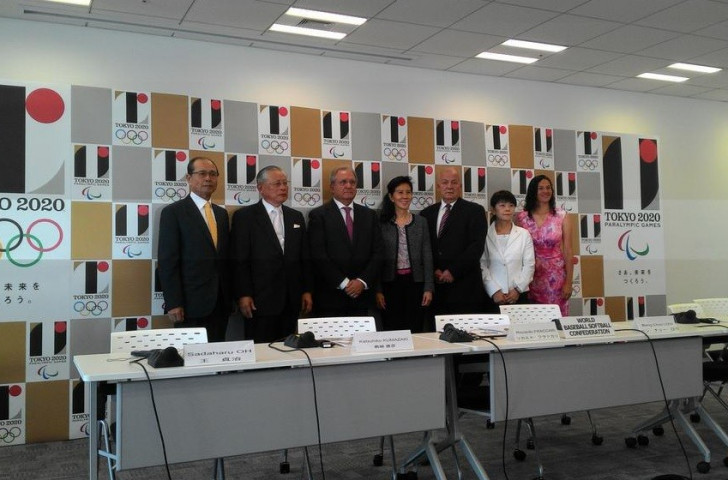 Fraccari also emphasised the “added value” adding baseball and softball to the programme would have for the International Olympic Committee (IOC) and Tokyo 2020 as interviews for the eight shortlisted sports with the Tokyo 2020 Additional Events Programme Panel concluded in the Japanese capital.

Karate, squash, bowling, sport climbing, surfing, roller sports and wushu were the others to have a final chance to stake their claim today, but Fraccari remains confident baseball softball will persuade the Panel to put them forward.

“We stressed the value added by having them on the programme,” he said.

“Discussions are going on with Major League Baseball and we are confident our proposition will allow them to send professional players to Tokyo.”

Meanwhile, World Bowling President Kevin Dornberger told AFP that his sport has an “image issue”, although he still believes bowling may yet be included.

Its shortlisting was perhaps the least expected of the 28 sports that applied, despite it being part of the Asian Games and the Pan American Games.

“A lot of people think of bowling as guys drinking beer on a Friday night and throwing a few balls down the line," Dornberger said.

“I have no problem with that.

“But that isn`t the sport of bowling - it’s a very athletic sport.

“Twelve million people in Japan bowl - the second most in the world outside of the United States.”

Bowling's bid to the Panel focused on the worldwide appeal of the sport, particularly in Japan, highlighting what they call a “unique mix of performance and participation”.

“Bowling is one of the most practiced sports among girls and women in Southeast Asia and the Gulf region making it a gateway for women’s participation in sport.” Dornberger added.

All of the shortlisted sports, chosen in June, had a 50-minute question and answer session today following a 15-minute presentation and a shorter Q+A period yesterday.

New sports must be a "driving force to promote the Olympic Movement and its values, with a focus on youth appeal", it has been claimed, while they must also "engage the Japanese population and new audiences worldwide, reflecting the Tokyo 2020 Games vision".