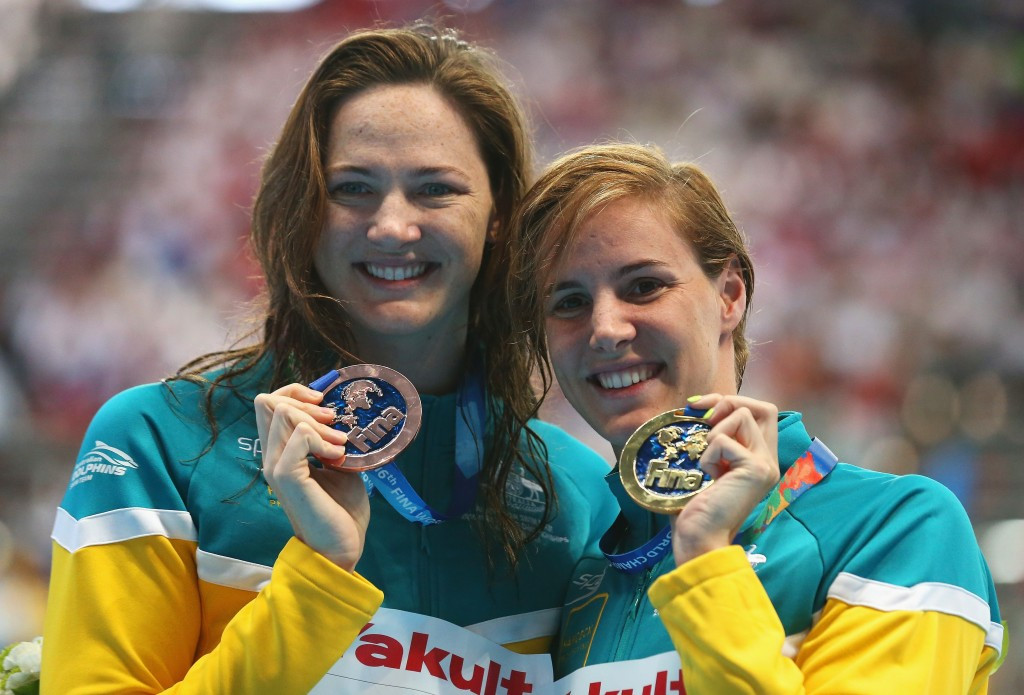 Australia scooped the first two of five swimming gold medals to be awarded at the International Swimming Federation (FINA) World Aquatics Championships in the Kazan Arena.

Bronte Campbell was able to get Australia off to the perfect start by earning gold in the women’s 100 metres freestyle as she touched home in 52.52sec, which proved enough to hold off newly-crowned 100m butterfly champion and world record holder Sarah Sjostrom of Sweden, who touched the wall in 52.70.

Campbell’s victory saw her take the crown of world champion from sister Cate, the winner at Barcelona 2013.

The pair became the first siblings to share a podium in the Championships’ 42-year history as Cate came home in 52.82.

“I can't believe that, I think it is still sinking in,” said Bronte Campbell after winning her first individual world title.

“I couldn't believe it when I turned round and I saw one next to my name and saw the time as well.

“I couldn't be happier with that, that is everyone's dream: that is why you train, you want to be the best you can be.

“And today I happened to be the best in the world and that sounds really strange coming out of my mouth, truly surreal, it hasn't sunk in yet”.

The Campbell sister’s success was immediately followed by victory for their compatriot Mitchell Larkin in the men’s 200m backstroke title as he secured his second gold having won the 100m event earlier in the Championships.

Japan’s Kanako Watanabe claimed the women’s 200m gold, finishing ahead of the United States’ Micah Lawrence after touching home in 2:21.15.

The battle for bronze created more Championship history after a thrilling finish.

Following American Ryan Lochte becoming only the second swimmer to win four successive world titles, Hungary’s Daniel Gyurta was bidding to add his name to the select list as he aimedto retain his men’s 200m breaststroke title, having been successful in the event at the 2009, 2011 and 2013 World Championships.

He was forced to settle for bronze on this occasion, however, as Marco Koch earned Germany’s first gold in Kazan by recording a time of 2:07.76, while American Kevin Cordes came home five seconds clear of Gyurta to claimsilver in 2:08.05.

The final swimming event of the day saw Britain continue their most successful World Championships by winning gold in the men’s 4x200m freestyle relay, fighting off the challenge of the US, winners of the title at the past five Championships, in a time of 7:04.33.