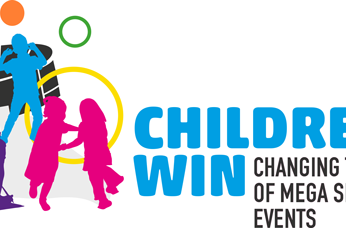 Greater coverage must be given to human rights concerns around the world, a report designed to coincide with Rio 2016 One Year To Go celebrations has proclaimed.

The report was conducted by researchers from the Institute of European Sport Development and Leisure Studies in Cologne on behalf of Non-Governmental Organisation Terre des Hommes.

After considering recent major events such as the Sochi Winter Olympics, Commonwealth Games and FIFA World Cup, it concluded that focus on human rights concerns increases and peaks directly before major Games, before dropping during the events and vanishing afterwards.

More work therefore "needs to be done to ensure that coverage and scrutiny of these events continue in the months - and even years - after they take place", it was claimed.

Britain rated the highest for quality of its coverage, with Russia last with only 0.49 per cent of the total, despite it having hosted the Winter Olympics last year.

Interestingly, and despite being only ranked 108th in the world by Reporters Without Borders’ in terms of press freedom, Brazil ranked as having the second best coverege, with the US third and The Netherlands fourth.

This has not stopped calls for more to be done to use the Games as a catalyst to protest against alleged human rights abuse in Brazil, however.

A small group of protestors gathered outside the Cidade des Artes as official anniverssary celebrations took place here last Wednesday (August 5), while a larger group of several hundred had assembled outside City Hall earlier in the day.

The group, representing a diverse range of interests but united under the slogan "Olympics for Whom", vented their anger at the forced relocations necessary for the building of Olympic infrastructure, as well as a ban on street vendors and the supposed ecological impact of the new Olympic golf course at Barra de Tijuca.

A list of demands has also been posted on the group's Facebook's page, viewable here, ending with the claim that the "IOC is equal to FIFA".

Many more protests are planned over coming months, they claimed.

Although the scale of this is still very small at this stage, it comes as a response to complaints from some quarters of how not enough has been made of human rights problems in Brazil in comparison with those in other major sporting hosts of recent times, particurly given ongoing problems of widespread poverty and corruption.

Huge interernational condemnation followed the signing into law of a perceived anti-gay rights bill in Russia ahead of Sochi 2014 while there was similar criticism of alleged abuses in Azerbaijan ahead of June's European Games in Baku.

Kazakhstan and China, the two nations bidding to host the 2022 Olympics and Paralympics, also both faced criticism for reported abuses ahead of Beijing's narrow victory by just four votes last month.

Related stories
August 2015: Rio 2016 still faces problems but they are right to believe first Olympics in South America will be success
August 2015: Brazilian President predicts "most beautiful Olympics ever" as Rio 2016 marks one-year-to-go
August 2015: Rio 2016 cannot be judged on standards of other hosts but Olympics has "changed" city, claims Mayor
June 2015: Massive security operation being prepared for Rio 2016
May 2015: Rio 2016 safety concerns rise after series of attacks close to Olympic venues