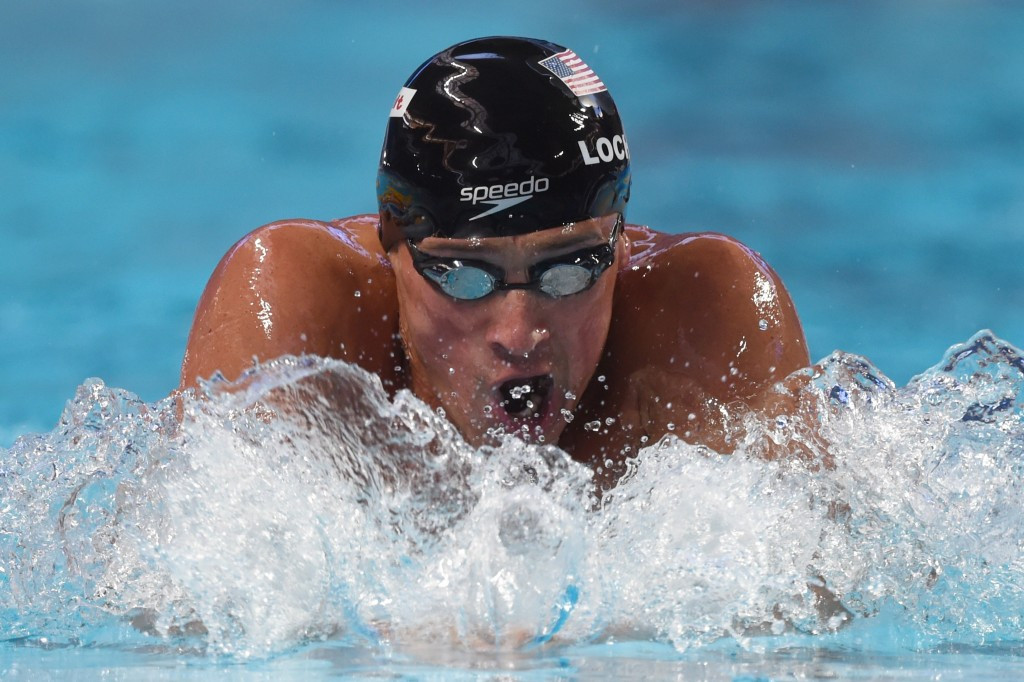 Lochte’s run of victories in the event started at Rome in 2009 and he began the evening bidding to emulate the great Australian swimmer Grant Hackett, winner of the men’s 1500m title on four occasions from 1998 to 2005.

The 31-year-old was  trailing in the opening 100m of the race with Brazil’s Thiago Pereira, fresh from becoming the most successful athlete in Pan American Games’ history, leading with a time of 54.27sec at the halfway mark.

The Brazilian was forced to settle for silver, being unable to hold off Lochte’s fightback in the closing stages as he claimed victory in 1min 55.81sec.

“It’s an honour to go down in history together with such a great swimmer as Grant Hackett,” Lochte said.

"Making history is the coolest thing.

“I will also remember forever when I broke the world record in this event in 2011 [in Shanghai]."

Lochte’s gold was the first for an American man in the pool during the World Championships but the women’s team have been in supreme form at these Championships and they continued to impress, securing gold in the 4x200m freestyle relay, which saw Katie Ledecky clinch her fourth title in Kazan.

The 18-year-old was joined by Missy Franklin, Leah Smith and Katie McLaughlin for the final, where the quartet set a time of 7:45.37 to finish ahead of Italy and China, who finished with times of 7:48.41 and 7:49.10 respectively.

For Franklin, it was  the tenth World Championships gold medal of her career, putting her ahead of Australia's Libby Trickett for most by a woman.

China ended the day with two gold medals as Ning Zetao earned victory in the men’s 100m freestyle, stopping the clock in 47.84, while Australia’s Cameron McEvoy claimed the silver medal in 47.95.

Argentina’s South American rivals Brazil also earned their first medal in the pool by a female swimmer as Etiene Medeiros came home in 27.26 in the women’s 50m backstroke final to take silver.

The Brazilian was sandwiched between two Chinese swimmers, Fu Yuanhui taking the title in a time of 27.11, while her compatriot Liu Xiang completed the podium, posting 27.58.

China were also tipped for success in the women’s 200m butterfly final but it was Natsumi Hoshi of Japan who came through to take victory with a winning time of 2:05.56, making her the first female athlete from her country to earn a world title.

Hoshi was followed home by America's Cammile Adams and China’s Zhang Yufei, who finished in 2:06.40 and 2:06.51 respectively to complete the podium positions.