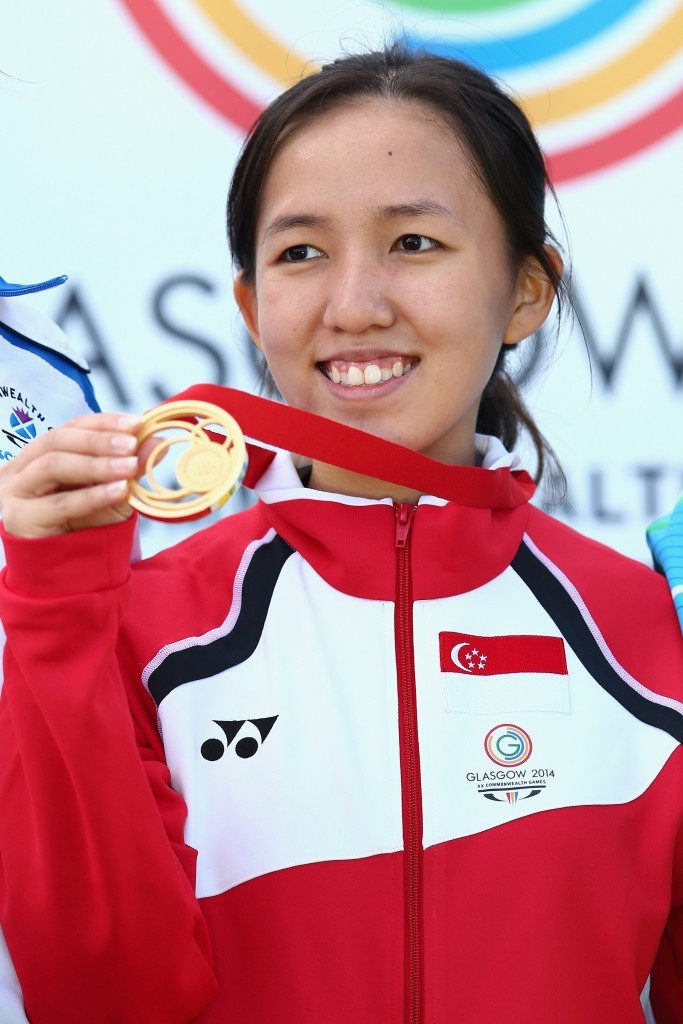 Swimming’s Joseph Schooling and shooting’s Jasmine Ser have scooped the Singapore’s Sportsman and Sportswoman of the Year Awards for 2014.

The pair were announced as the winners at the Singapore Sports Awards 2015 which took place at the Marina Mandarin Hotel today.

The Awards evening was organised by the Singapore National Olympic Council (SNOC) and Sport Singapore (SportSG), with the support of the Tote Board, to celebrate and recognise the achievements of their country’s athletes and teams throughout 2014.

Schooling, winner of nine gold medals at this year’s Southeast Asian (SEA) Games in front of a home crowd, also displayed superb form in 2014 as he secured the country’s first ever medal in swimming at a Commonwealth Games, taking silver in the 100 metres butterfly in Glasgow.

The 19-year-old then achieve gold in the event at the Asian Games in Incheon, as well as claiming a silver in the men’s 50m butterfly and bronze in the 200m.

It is the second time Schooling has received Singapore’s Sportsman of the Year Award, having had the honour bestowed on him in 2012, while his compatriot Ser has also won the women’s title for the second time having received the title in 2011.

Like Schooling, Ser enjoyed a successful Glasgow 2014 Commonwealth Games, earning  gold in the women’s 50m rifle three position event to help her nation to their overall tally of eight gold, five silver and four bronze medals at the Games.

Neither Schooling or Ser were unable to attend to personally collect their Awards as they were both abroad competing.

The Awards were presented by Tan Chuan-Jin, Minister for Social and Family Development and President of the SNOC, and Lawrence Wong, the Minister for Culture, Community and Youth and Second Minister for Communications and Information.

Tan praised the two athletes in his speech, as well as bowler Jazreel Tan and table tennis player Feng Tianwei, while he also reflected upon the country’s recent success in both participating and hosting this year’s Southeast Asian Games.

“The likes of Joseph Schooling, Jazreel Tan, Jasmine Ser and Feng Tianwei have once again proven that they stand among the world’s best, delivering consistent results at major Games,” he said.

"There were athletes who recorded new breakthroughs for their sports – Lim Wei Wen delivered the first medal for fencing at the Asian Games and Aloysius Yapp’s junior world title marked the first for a Singaporean in pool.

“The recent SEA Games have created newfound enthusiasm and belief in our athletes.

“As one Team Singapore, you rallied a nation and brought immense pride to the country.

“Every single one of you played a part - the community, the corporate supporters, the Government, the individuals and many others more - you showed us that aspirations are possible realities, that when we set our minds to achieve a common goal, we can do more than merely dream.”

The Team of the Year Award in the team sport category was awarded to their netball team, while Sergio Lopez Miro earned the coach of the year award.