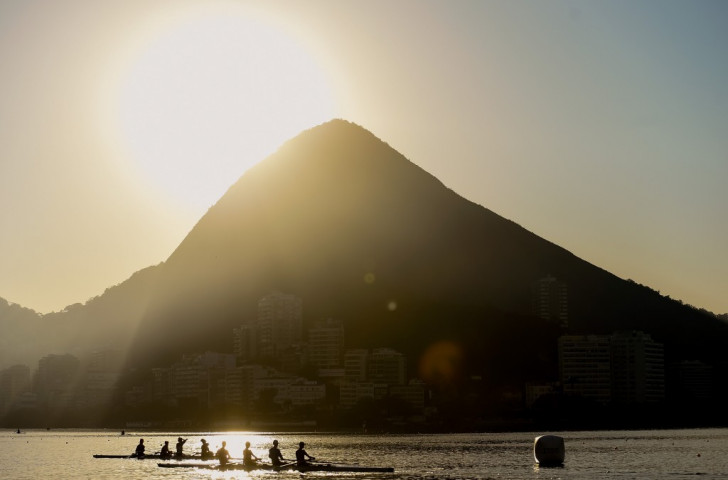 Challenges still need to be overcome ahead of the Olympic regatta here next year, International Rowing Federation (FISA) President Jean-Christophe Rolland has admitted, although he claims water quality is sufficient for competition to take place.

Water pollution levels are viewed as probably the biggest problem remaining with a year to go until the Olympics are due to begin, particularly at the Guanabara Bay sailing venue but also here and on Copacabana Bay where open water swimming and triathlon will take place.

A report conducted by the Associated Press last month found "high risks" of athletes contacting viruses during competition, with both FISA and the International Sailing Federation launching independent testing.

Speaking here during the World Junior Championships, which is doubling as the Rio 2016 rowing test event, Rolland was careful not to dispute the findings of the latest report but insisted that they are satisfied with levels of the water.

"This is a very strong issue we have been following carefully and seriously, because as you can imagine, the health of the athletes is our number one priority," he said.

"We have been talking with WHO (World Health Organisation) experts, and have taken measurements made on six levels on Lagoa and four points on the course.

"It is polluted to a certain extent and the risk is not zero but it is not serious enough to stop us staging a regatta."

No athletes or team managers have expressed concerns, Rolland claimed, with all having been asked to follow hygiene rules which are in place at all competitions.

They are expecting one or two athletes to get sick following the event, as this happens every time, with a case at last week's World Under-23 Championships in Plovidiv, Bulgaria.

"What will not be acceptable is if more athletes then normal get sick, but we do not expect this to be the case," Rolland said.

"Based on all the elements we have been provided by our experts, we can run a rowing regatta on this lake."

From the athletes point of view, Rolland believes the venue is very popular, and with Sugar Loaf Mountain close by, one of the most iconic they have ever used for a major event.

The Frenchman, an Olympic gold medallist himself in the coxless pairs at Sydney 2000, was honest in admitting that preparations have not always been easy and that hurdles remain to be overcome.

This includes the installation of two floating grandstands on the opposite side of the course from the shore to ensure more spectator access.

These were not vital for the test event and will be installed shortly before the Games, although they are still finalising all the details and are not yet sure exactly what the total capacity will be.

Rolland, who arrived here from the 128th International Olympic Committee Session in Kuala Lumpur, admitted he was surprised by Rio 2016 President Carlos Nuzman's overly glowing report there, which gave the impression everything was perfectly positioned with a year to go.

Understanding the way Brazilians operate has been important, he said, but they are working very hard with Rio 2016 and believe overall that is is "fantastic to have such a great venue".

Action this week is expected to be brought forward by one day due to stormy weather forecast for Sunday (August 9).

The Olympic regatta is due to be held over an eight-day period and Rolland is unconcerned by the possibility of similar interruptions next year because they have rest days built into the schedule in case such issues arise.

Although a canal links the Lagoa with the Ocean, he also has no concerns over currents impacting the course.