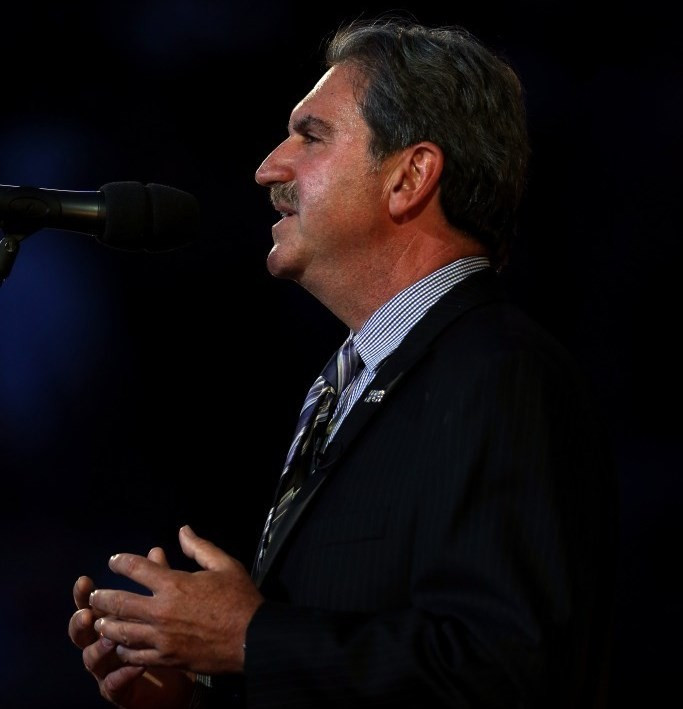 International Tennis Federation (ITF) Presidential candidate David Haggerty has revealed reviewing the formats of the Davis Cup and Fed Cup is on the top of his list of priorities if successful in his campaign.

The winning candidate is due to be announced at the governing body's Annual General Meeting in Santiago, Chile, on September 25.

The Davis Cup is the premier international team event in men’s tennis, dating back to 1900 as a competition between the United States and Great Britain, while the Fed Cup is the women’s equivalent and was first staged in 1963 to celebrate the 50th anniversary of the ITF.

Although recognised as the world’s largest annual international team competitions in men’s and women’s sport, increasingly hectic schedules on both the Association of Tennis Professionals (ATP) World Tour and Women’s Tennis Association (WTA) Tour have led to a number of top players turning down the opportunity to represent their countries at the two events, predominantly due to fatigue.

As a former chairman of the US Open, Haggerty stressed that he and the Board wanted to make sure that they were doing everything to make sure their "gem" and "greatest asset" was a very strong international event.

The American has the same aspirations for the ITF's Davis Cup and Fed Cup if elected next month.

"This is our gem, this is our greatest asset," he told insidethegames.

"I think we need to look at format changes.

"We have to have some conversations on the calendar with the players and the ATP and the WTA and work in collaboration to make this a much bigger property than it is today.

"I think that that’s very possible so that’s where I would be focusing."

Currently, the Davis Cup is structured with a 16-nation World Group, contested over four weekends during the year.

The eight nations that win their World Group first round ties progress to play in the quarter-finals, semi-finals and the subsequent final.

These nations are all guaranteed a place in the top tier the following year, while the eight losing nations have to contest the World Group play-offs to preserve their status among the elite.

The Fed Cup works in a similar way, however, there are only eight nations in the World Group with the four winners progressing to play in the semi-finals and subsequent final, and the four losers having to contest the play-offs.

Haggerty proposed as an example an eight-team format at the end of each season with them all coming together in one destination over a two-week period.

He admitted, though, actually implementing that is not as straightforward as it sounds.

"You can’t bilaterally make this decision," said Haggerty, who is also a former chairman of the United States Tennis Association.

"You need some collaboration to free up the calendar and make sure the players want to play.

"It’s one of the biggest challenges to making the Davis Cup and the Fed Cups the events that players would want to play every time the event is held."

Haggerty is bidding to take up the mantle of ITF President from Italian Francesco Ricci Bitti, who announced earlier this year he will step down after 16 years in the position.

He recently returned to his homeland after visiting the Dominican Republic’s capital Santa Domingo, one of a number of trips he has undertaken to promote his campaign.

"Each time I take another trip, I feel that what I’m doing is making a difference," said Haggerty.

"Meeting with people and listening to what their needs are, explaining the manifesto and answering questions; I’m feeling more and more positive.

"I know it’s going to be a closely contested race but I feel confident that if I do what I’ve been doing my whole career, I have a great opportunity."