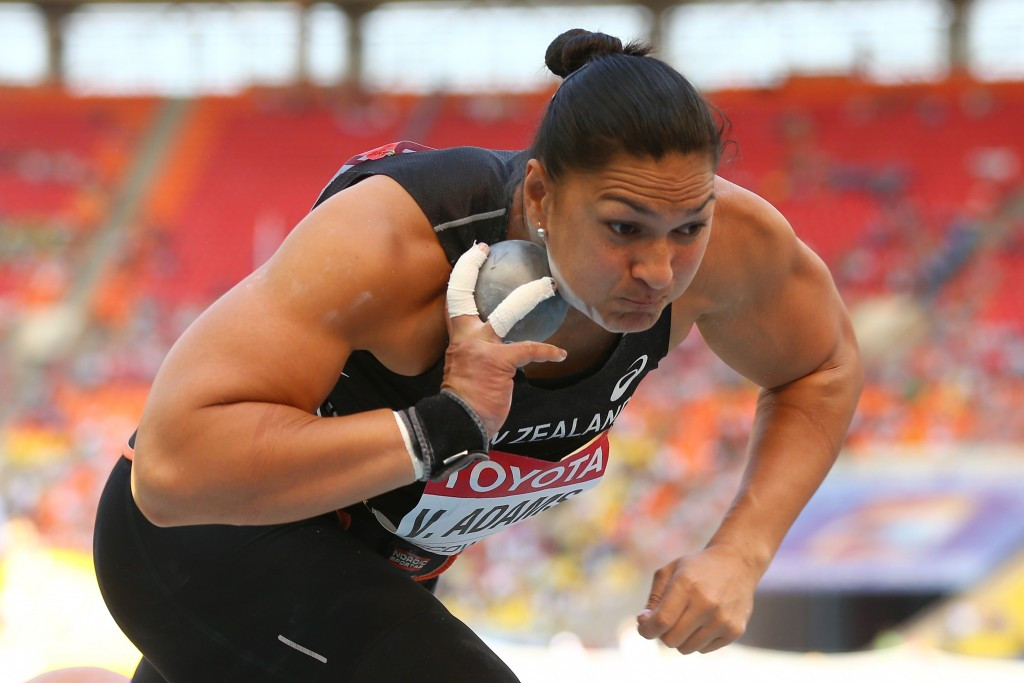 Valerie Adams has announced that she will not defend her world shot put title in Beijing later this month as she seeks to make a full recovery from the surgery she had last year.

The 30-year-old double Olympic champion from New Zealand, who has been well below her best after returning to international competition last month following the operations in September on her right elbow and left shoulder, wrote on her Instagram account:

"I want to inform you all that I won't be attending the world championships in Beijing.

"I have thought about this long and hard and know it's the right thing to do."

Germany's Christina Schwanitz has dominated the women's shot this season having effectively earned victory in the International Association of Athletics Federations (IAAF) Diamond Race in the event, having ended Adams' five-year, 56-competition unbeaten streak in Paris in July.

Adams, who had won the past four World Championship titles, has a best throw of 18.79 metres in competition this season, well below her personal best of the 21.24m she threw in Daegu in 2011.

In her last competition at the IAAF Diamond League meeting in Stockholm, where she finished third in a rainswept outdoor event held in the city centre, Adams cut a dissatisfied and increasingly frustrated figure as she fouled on each of her four last efforts.

"Deep down this is not easy but I'm a realist and know I'm not ready just yet and I still have stuff to work and it's been a challenge since my surgery on my elbow especially as it is taking more time than I thought it would," she added.

"But that's life and I must roll with the punches."

Adams added she was also having some issues with her right knee that would need treatment and was now going to focus on ensuring she was fit to defend her Olympic title in Rio de Janeiro next year.

"This has been a tough comeback but I'm glad I made an attempt this season as it has just boosted my motivation more for the Olympics which has always been the main focus," she said.

"No one said it would be easy but I'm a willing participant and will continue to fight and work towards defending my title in Rio 2016."