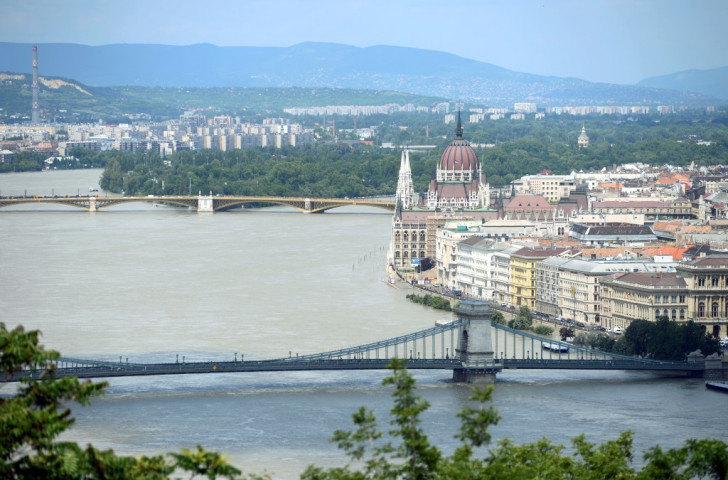 Nearly half of respondents to a survey conducted by a Hungarian pollster are in support of Budapest’s bid to host the 2024 Olympic and Paralympic Games, it has been announced, with 42 per cent in opposition.

The poll, carried out between July 24 and 29, surveyed 1,000 people across the country and it has been revealed that 49 per cent are in favour of the Hungarian capital's bid.

Budapest officially entered the increasingly intriguing race to stage the 2024 Olympics and Paralympics after a letter of intent was submitted to the International Olympic Committee (IOC) last month.

It had been widely-expected that they would throw their hat into the ring after both the General Assembly of Budapest, as well as the Hungarian Olympic Committee, unanimously decided in favour of the city’s attempt to secure the 2024 event.

The bid also had the support of the Hungarian National Assembly after 80 per cent of representatives gave their approval.

A survey earlier in the year found two thirds of Hungarians supported the intention to bid, and it had been hoped that number would increase.

Instead, the latest results seem to suggest a slight fall in support now that their entrance into the race, which also currently includes Rome, Paris and Hamburg, has been confirmed.

The results from the poll come after the United States Olympic Committee (USOC) dropped Boston’s bid for the event following Mayor Marty Walsh announcement last week that he could not support the bid if that meant signing a host city contract now, which the USOC had asked him to do.

His opposition, coupled with the refusal of Massachusetts Governor Charlie Baker to commit himself to backing the bid until the publication of report next month by consultancy firm the Brattle Group, forced the USOC to act.

Throughout their attempted bid, Boston 2024 faced substantial opposition from residents, who were concerned about how the Games would be funded.

The number of people against their bid rose from 33 per cent to 53 per cent in the last poll before the USOC opted to pull the plug.

The USOC have now entered negotiations with Los Angeles, one of the cities that originally lost out to Boston as the United States preferred candidate, with IOC President Thomas Bach saying he still fully expects an American city to declare their candidature.

Paris, which suffered defeat to London in the race to stage the 2012 Olympics and Paralympics, remains the strong favourite and Boston’s withdrawal has perhaps strengthened their position.

Cities have until September 15 to officially declare their candidacy and it looks as though Canadian city Toronto may launch a bid following their successful hosting of the Pan American Games.

Canadian Olympic Committee President Marcel Aubut has claimed that no other city is in a stronger position should they choose to put themselves forward, and a bid from the Azerbaijani capital Baku, the recent host of the inaugural European Games, is reportedly still being discussed.

The IOC is due to elect a host city at its Session in Lima in 2017.