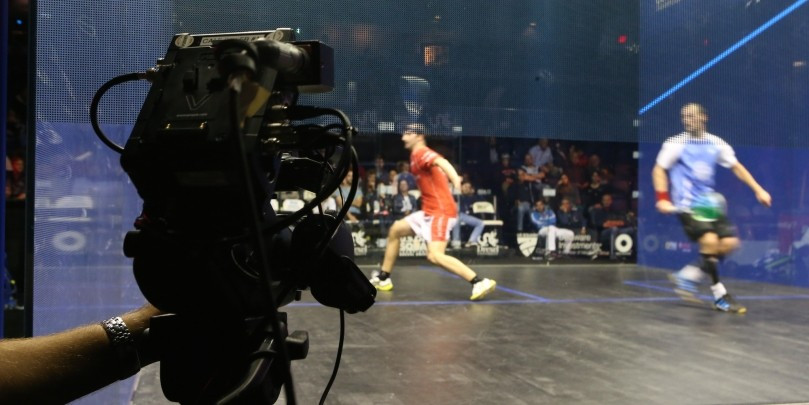 Squash is set to become the first-ever racket sport to be broadcast live in Ultra HD in the United Kingdom when the semi-finals and final of next month’s AJ Bell British Grand Prix in Manchester are shown on BT Sport Ultra HD.

The historic broadcast is due to take place  on September 13 and 14, with the last two rounds of the tournament also set be televised live on BT Sport HD.

The agreement sees the channel televise coverage from all PSA World Series tournaments, including the flagship World Championships.

"We have developed a strong relationship with BT Sport since agreeing a broadcast partnership with them at the beginning of 2015 and we are delighted to be working with them on this new venture," said PSA chief operating officer Lee Beachill.

"UltraHD is the best way to capture the gladiatorial battles that have become par for the course on the PSA World Tour and the fact that squash will be the first racquet sport to be broadcast in such a format is magnificent news.

"We look forward to continuing and enhancing our relationship with BT Sport and our other broadcast partners as we strive to ensure that squash continues to take advantage of growing technological trends in the future."

The PSA World Tour began a new partnership with production company MOOV.tv in January, introducing many enhancements to the sport’s coverage, including radio and robotic cameras, but it is anticipated that this latest advancement will showcase the sport in a new light.

"Ultra HD is four times the detail of the current HD format and will bring squash to life on television like never before," said MOOV.tv director Nev Appleton.

"The picture quality is stunning, you feel like you are actually at the event, giving the viewer the best seat in the house is always the objective.

The AJ Bell British Grand Prix is due to take place at the National Squash Centre from September 11 to September 14 with BT Sport viewers able to watch the quarter-final action in HD.

In June, squash was confirmed as one of eight sports put forward to the second stage of the application process for Tokyo 2020 Olympic inclusion.

The PSA is due to brief Tokyo 2020 organisers in the Olympic and Paralympic Games host city on Friday (August 7) and Saturday (August 8), along with the International Federations of baseball and softball, bowling, karate, roller skating, sport climbing, surfing and wushu.

An unspecified number will then be proposed to the International Olympic Committee next month, before a final decision is due to made by its membership at its Session in Rio de Janeiro in August of next year.