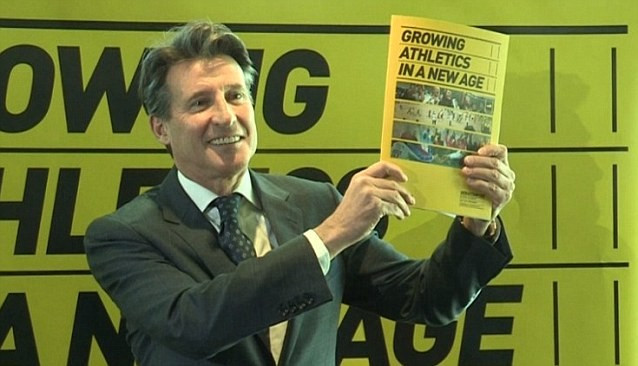 Canada, Denmark and Hungary are the latest countries to publicly pledge their support for Sebastian Coe's campaign to become the new President of the International Association of Athletics Federations (IAAF).

It brings to 19 the total number of countries to promise to vote for Britain's double Olympic 1500 metres champion in the election at the IAAF Congress in Beijing on August 19.

So far, none have publicly come out in support of Coe's only rival, Ukraine's former world pole vault record holder Sergey Bubka

The support for Coe comes amid the backdrop of the latest doping controversy to hit athletics, following a report by Britain's Sunday Times newspaper and Germany's ARD/WDR broadcaster on Sunday (August 2) that they had obtained from a whistleblower secret IAAF data that indicated suspected widespread blood doping in athletics between 2001 and 2012.

"Athletics is facing a number of challenges, which needs to be addressed," Karsten Munkvad, President of the Danish Athletic Federation, said.

"Recent events illustrate, that the ongoing fight against doping needs to be in focus.

"In addition renewal of certain aspects of our sport, and inclusion of new demographic groupings are all highly prioritised by our Federation.

"Based on his programme and our discussions with Sebastian Coe, it is our opinion, that he is the right man for the job.

"The Danish Athletic Federation acknowledge Sergey Bubka's campaign and the work the current vice-president has done for the World of athletics.

“A choice has to be made, and we feel we have made the right one.

"Nevertheless I want to express our respect for Sergey Bubka; not only for his campaign, but also for his leadership within our sport. If Sebastian Coe is elected as our new President, we sincerely hope, that Mr. Bubka will continue his work for the IAAF as vice-president."

Canada have become the third non-European country to back Coe, following Jamaica and New Zealand, with several others expected to follow in the coming days.

"The IAAF is well positioned with two outstanding candidates who have both made profound contributions to the sport, on and off the field of play.”

Marton Gyulai, secretary general of the Hungarian Athletics Association, revealed that they had studied the manifestos of the two candidates seeking to replace Senegal's Lamine Diack, who is stepping down following 16 years as President of the IAAF, and concluded they would vote for Coe.

Gyulai, son of Istvan Gyulai, the late general secretary of the IAAF, admitted that a major factor in their decision was Coe's plan to introduce an Olympic Athletics Dividend of at least $100,000 (£64,000/€91,000) over four years to all 214 members of the IAAF.

The dividend, which would total around $22 million (£14 million/€20 million), would be funded through approximately half of the quadrennial fee received from the International Olympic Committee (IOC) and underpinned by a strategic review of existing IAAF structures and use of resources, Coe claimed.

"This is an especially good idea because it would help would be to plan your budget, and a sure source of long-term programmes could be implemented," he Gyulai told Hungarian news agency MTI.

Diack, meanwhile, has ruled out backing one of the two candidates before the Congress in the Chinese capital on the eve of the IAAF World Championships.

"I would not say that I prefer [either candidate]," he told L'Equipe.

"I told them I put you in the saddle, I managed to get that there is no candidate against you, you have done things at very high level."

Coe was in Pitesti, Romania, last weekend for the Balkan Championships, while Bubka was in Kuala Lumpur for the 128th IOC Session.

Both candidates are expected to travel to San José in Costa Rica for the North American, Central American and Caribbean Athletics Association Championships, due to take place from Friday until Sunday (August 7 to 9) where 31 countries are due to take part.