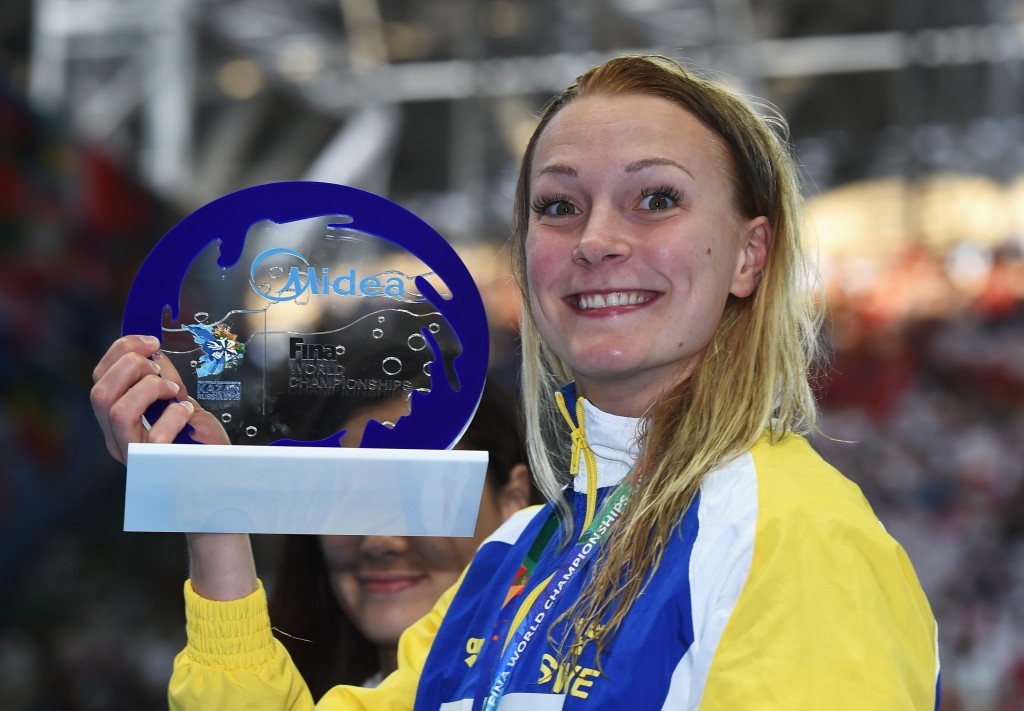 Three world records fell on an extraordinary day of swimming at the International Swimming Federation (FINA) World Aquatics Championships in Kazan, as a further four gold medals were claimed.

The United States' teenage star Katie Ledecky, who defended her women's 400 metres freestyle title yesterday, gave the crowd a taste of things to come with a stunning display in the morning’s 1,500m preliminary rounds.

The 18-year-old from Maryland powered away from the field to win her heat by more than 25 seconds, but more importantly her time of 15min 27.71sec saw her dip 0.65 seconds under her previous world record, which she set in August last year in Gold Coast, Australia.

While there was 12 months between Ledecky improving her world record, Sarah Sjostrom needed just one day to take more time off her women’s 100m butterfly record, having clocked 55.74 in yesterday’s semi-finals.

The Swede powered to gold and the new landmark by posting a time of 55.64, with her nearest opponents Jeanette Ottesen of Denmark and China’s Ying Lu finishing nearly two seconds adrift, despite it being a sprint event, as they came home in 57.05 and 57.48 to complete the podium.

In addition to her stunning performance, the gold made Sjostrom the first woman to win the event on three occasions, having also earned the title in both 2009 and 2013.

"I felt the nerves before since this was a final, after all," she said afterwards.

"The last five metres were really tiring, much more than yesterday.

"I was happy not to have five more metres as I had no power left.

"However, the first 50 metres were stronger this time; that was needed to break the record again.

"I'm really happy with the gold medal and that I was able to improve my best again."

The last world record to fall on the night came in the women’s 200m individual medley final as Hungary’s Katinka Hosszu stopped the clock in 2:06.12, narrowly surpassing the previous mark of 2:06.15 which had been set by the US's Ariana Kukors at Rome in 2009.

Hosszu’s blistering pace also pulled along Britain’s Siobhan Marie O’Connor for the majority of the race, but she began to tire in the closing stages and had to settle for bronze in 2:08.77 after being overhauled by Kanako Watanabe in the final metres, with the Japanese swimmer recording a time of 2:08.45.

As the world records were tumbling, the current holder of the men’s 100m breaststroke mark, Great Britain’s Adam Peaty, was toasting his success after adding the world title to his golds at both the European Championships and Glasgow 2014 Commonwealth Games.

A poor start had made his task far more difficult with South Africa’s Cameron van der Burgh leading at the halfway mark, but the Briton was able to overhaul his rival in a thrilling conclusion to the race, touching the wall just 0.07 seconds ahead in a time of 58.52.

France were also able to claim success in the pool as Florent Manaudou sprinted to victory in the men’s 50m butterfly final after touching home in 22.97, with Brazil’s Nicholas Santos ending up as the runner-up in 23.09.

Laszio Cseh of Hungary claimed his 10th World Championship medal after he shared bronze with Poland’s Konrad Czerniak, with the two men clocking 23.15.