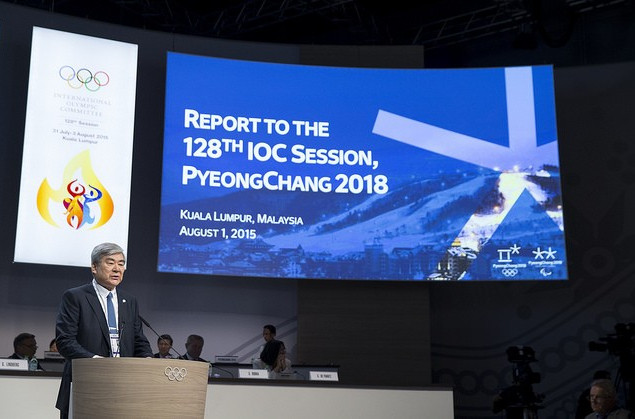 Pyeongchang 2018 organisers have claimed there will be sufficient time to fully test the high-speed railway linking Olympic and Paralympic venues with Seoul before the Games begin, despite the project only being due to open in July 2017.

The railway, a key aspect of the South Korean bid for the Games in 2011, was the source of controversy in 2012 after the South Korean Government were forced to deny claims they had misled the International Olympic Committee (IOC) by promising to build a direct bullet train between Incheon and Pyeongchang that would cut travelling time to just 68 minutes.

Visitors will still be able to travel aboard KTX high-speed trains from Incheon International Airport to Pyeongchang without having to transfer trains on special direct services, it is promised, something that will substantially cut down on the current journey times of around four hours from the airport.

Following a report today here at the International Olympic Committee (IOC) Session, a question by Prince Faisal of Jordan expressed concerns over the short time-gap between the planned opening and the Opening Ceremony of the Games on February 9.

He also questioned how confident they were about how effectively it would function during February and March, as there will be no other winter in which to test this beforehand.

Pyeongchang 2018 Coordination Commission chair Gunilla Lindberg was confident, however, there will be no problems, emphahsing how they do not expect any issues with snowfall.

Cho outlined the progress made over the last 12 months today since he replaced Kim Jin-sun as head of Pyeongchang 2018,

Progress on constructing the venues and marketing revenue were highlighted by Cho two particular areas of success.

They have now reached almost 50 per cent of their marketing target, he revealed, while a busy test event schedule is set to begin in February.

Lindberg, critical of the state of preparations in the past, was also positive today, highlighting in her report how the "last year has been a very good year".

She added: "There has been solid progress on construction."

International Ski Federation President Gian-Franco Kasper, another to have spoken of his fears over the "tight" schedule for test events this year, added that, while there is still "not one second to lose", he is confident they will be ready in time.