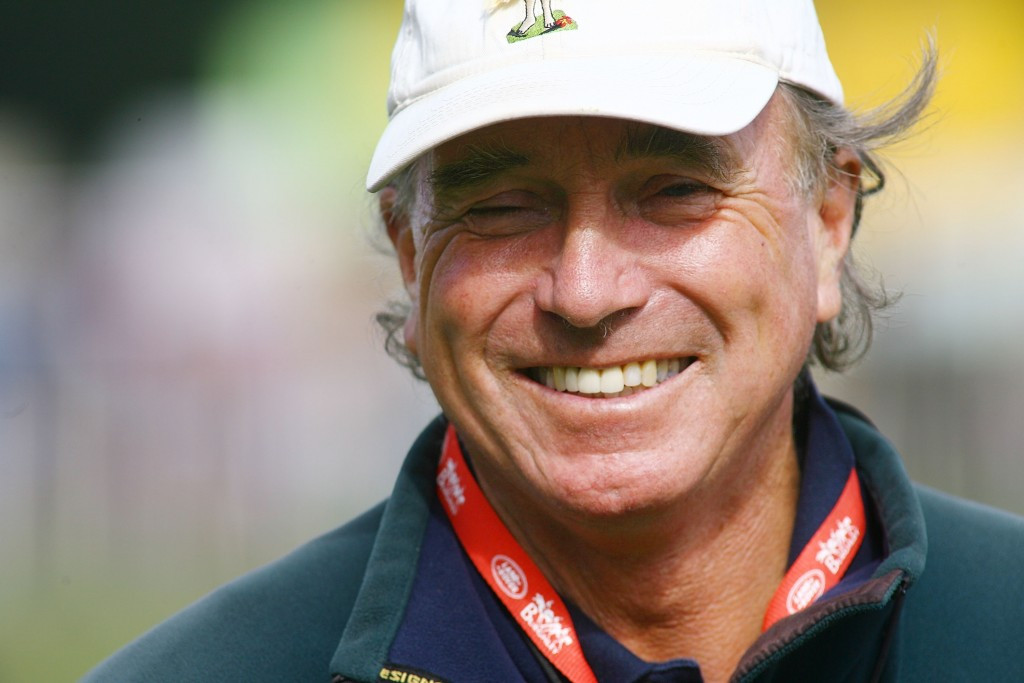 Burghley Horse Trials course designer Mark Philips has claimed the revised route for this year’s event, which will see riders run in the opposite direction to normal, could be used for the up to five years "if it works".

Sponsored by British car manufacturer Land Rover, Burghley is one of only six Concours Complet International (CCI) four star three-day events in the world and widely considered the most difficult with this year’s edition set to take place from September 3 to 6.

The changes to the course will see fences such as the Lion Bridge and the Cottesmore Leap, which have featured in the latter part of the course for the past three years, come early.

In turn, the Discovery Valley and arena fences will now be among the final obstacles on the course, where New Zealand's Andrew Nicholson has triumphed in the past three years with horse Avebury.

“I don’t think you’re trying to make it tougher or more challenging,” Philips, winner of the Olympic gold medal in team three-day eventing at the Munich 1972 Olympic Games, told insidethegames.

“But because we’ve turned the course around, it’ll be different.

“I think one of the things the riders are going to find the most difficult to get their heads around is the first five minutes, so going uphill to the Cottesmore Leap.

“We’ve known in the horse sport for some time that if you go too quickly in that first three or four minutes then you can hit the wall at eight or nine minutes.

“They’ll have to be really careful in those first five minutes when they’re going uphill not to go too quickly because otherwise the lactic acid builds up and then the horses run out of steam.”

Philips, whose daughter Zara won an Olympic silver medal in three-day eventing at London 2012, added: “When it went the other way round, Cottesmore Leap was eight minutes but once you’re there at the top, you have the next three-and-a-half minutes going downhill and you can make up that 20 to 25 seconds on the way home.

“But I think it’s going to be a lot more difficult to do that this time because there are much fewer of those fast galloping stretches from the Cottesmore Leap on.

"I think every time you change direction, it’s a big change.

"If it works, hopefully we’ll leave it like this for three, or four, or five years.

"And then maybe it’s time to change it again."

Just four days after the completion of Burghley, the International Federation for Equestrian Sports (FEI) European Eventing Championships are set to take place at Blair Castle in Perthshire, Scotland, ending on September 13.

The European Championships are classed as a three star event, one tier below Burghley and the five other four star events - Britain’s Badminton Horse Trials, the United States’ Rolex Kentucky, the Australian International, Germany’s Luhmühlen Horse Trials and France’s Stars of Pau.

Event director Elizabeth Inman is keen to maintain Burghley's status within the equestrian world but acknowledges there are challenges.

“It is important that we’re seen to be the best four star in the world and I think that is something we have been renowned for,” she said.

“It’s very difficult potentially keeping that at the end of the year when increasingly in the last few years, there’s been World Equestrian Games and European Championships.

“I think [at Burghley] it's that fine balance because if you’re running at that level there’s less room for things to go wrong and I think that’s quite a hard act.

“And I think that’s where our course design has been so fantastic because you know what you can ask of the horse.”