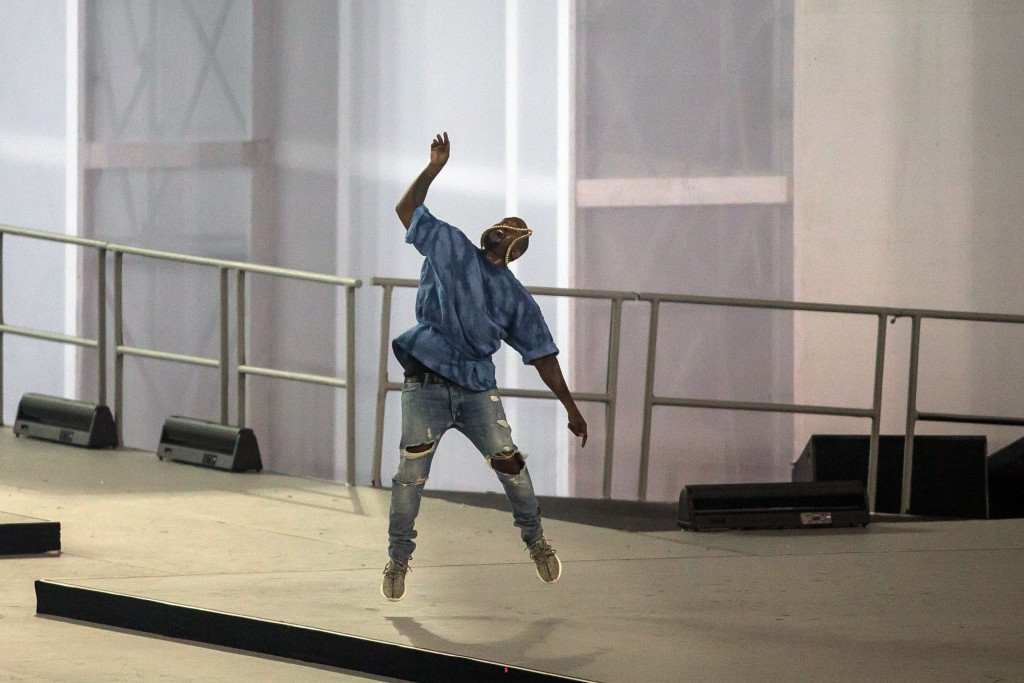 Toronto 2015 closed in farcical fashion here this evening as headline act Kanye West threw his microphone high into the air after it cut out towards the end of his performance and then appeared to storm off stage.

The suitability of the American rapper as one of three headline acts at this Closing Ceremony had been the subject of much debate and his exit will inevitably provoke more controversy, especially as it was unclear among spectators as to whether the close of his act was planned.

Until then, the Ceremony had provided a fitting tribute to a Games which has entertained across the 16-days of competition, undoubtedly being a major boost for the chances of Toronto bidding for the 2024 Olympics and Paralympics.

Held in front of a crowd of 40,000 at a venue more commonly known as the Rogers Centre and which was also home to the Opening Ceremony, the evening began by reinforcing the themes of inclusivity and unity prevalent throughout the duration of Toronto 2015.

The flagbearers entered the stage, including Canada’s new basketball star Kia Nurse who guided them to gold in the women’s basketball event, while the remaining athletes entered the Stadium together rather than being introduced as individual countries.

The idea carried over to the first headline act of the evening as Toronto-born Serena Ryder gave a live performance of the official Games song “Together We Are One” in front of a highlights montage of sporting action in the city during the Games.

A vibrant display aiming to reflect upon the various different cultures that live within both Canada and in Pan American countries followed, featuring traditional music and dance spanning Argentine and Brazilian heritage, as well as Afro-Caribbean and Indian.

While each colourful segment began individually they would close by performing in synchronisation with the culture which would follow on, culminating in each set of performers joining together in front of a depiction of Toronto’s skyline.

“Thank you Toronto for embracing these Games and supporting the athletes of all nation, for making us all feel at home,” he said.

“We want you to know that we sincerely appreciate your sacrifice and solidarity in allowing us to use the HOV lanes these past three weeks.

“It made a difference and allowed all the athletes to get to their competitions on time.”

The Mexican’s light-hearted statement drew laughs from some sections of the crowd, his next comment, regarding Toronto’s growing ambitions to host the Summer Olympic and Paralympic Games, drew widespread cheers.

“Toronto, you offered the athletes of these Games an Olympic level Pan American Village, Olympic level sports facilities, Olympic level organisation and your very warm and friendly hospitality," he told the crowd.

“All of us that were here can agree that Toronto and Ontario can be very proud with the way you hosted these amazing Games and you have every right to imagine and to dream of one day hosting the Olympic Games.”

Toronto’s Olympic prospects are set to be of discussed over the next few weeks with a bid looking increasingly likely.

The South American nation’s segment began with a rendition of their national anthem, before focusing on the story of a young Peruvian boy and his alpaca travelling down from the mountains of Peru to the modern city of Lima.

Through their travels the pair encountered Peruvian world champions in various dance disciplines as Lima attempted to showcase of the city and its culture,.

It proceeded a performance from Canada’s Hamilton Children’s Choir running alongside the extinguishing of the Pan American Games cauldron.

With the formal proceedings coming to a close, Ryder was then reintroduced for her second set of the evening and was followed by the American rapper Pitbull, who delivered an energetic and well received rendition of his hits.

It was West, the most controversial of all the headline acts, earning him a mixed reaction among athletes present with some opting to walk out while other dances and chanted his name prior to the microphone throw which drew the Games to a bizarre end.

A tweet from broadcasters CBS claimed the cut out was due to a technical issue, with audio remaining on in the television broadcast.