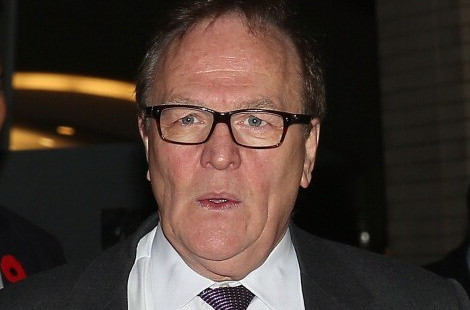 Canadian Olympic Committee (COC) President Marcel Aubut has vowed to use the "whole power of his office" to promote a Toronto bid for the 2024 Olympics and Paralympics, insisting it is a race the city is capable of winning.

This comes after much speculation that Canada's largest city, which came second behind Beijing in the race for the 2008 Games and third behind Atlanta and Athens in the battle for 1996, is considering another bid, with the success of the ongoing Pan American Games adding fuel to clamour for such an attempt at the earliest opportunity.

Aubut has been one of the most enthusiastic voices calling for a fresh attempt at some stage over recent weeks, although this marks the first time he has publicly pledged to support a 2024 bid

In an interview with CBC today, he vowed to "absolutely lead and advocate with the whole power of my office that Toronto becomes the host city for 2024 Olympic Games".

He added: "I think there's only one spot that [the Pan Am Games] could lead us and to me that's the Olympic Games."

"I will have to work very closely with City Hall [and] the Mayor of Toronto, who expressed a keen interest during the week, and also wait for every stakeholder, including all the politicians".

"I have to convince them and work with them to make this happen."

Just 18 months ago any possibility of a Toronto bid appeared to have been ruled out when an Economic Development Committee voted unanimously to defer an attempt.

Both bidding and preparing for the event was seen as far too expensive, with former Mayor Rob Ford predicting it could be "15 years at least" before the city would realistically consider hosting the Olympics.

But his successor John Tory has been more enthusiastic, meeting with International Olympic Committee (IOC) President Thomas Bach to discuss a bid earlier this month.

Speaking this week, the Mayor suggested no decision would be made until after next month's Parapan American Games here, but that one would follow  "very quickly," thereafter.

Canadian Paralympic Committee President Gaetan Tardif has also added his support this afternoon, vowing to join Aubut and the COC in and "stand tall in declaring that Toronto has proven that they can host a successful Olympic and Paralympic Summer Games".

This comes on the same day as insidethegames exclusively revealed how a United States Olympic Committee meeting will take place on Monday (July 27) to decide the fate of Boston's 2024 bid, with support still failing to rise in the face of overwhelming opposition and other cities such as Los Angeles thought to be poised to replace it as the US candidate.

It is likely that these US problems in recent months has encouraged Canadian officials in pursuing a rival North American bid, and applying for the 2024 edition rather than a future one.

Opposition was also a challenge for Toronto in its previous bids, and could still be again, although public support for the Pan American Games has been higher than anticipated.

The IOC deadline for officially submitting declarations of interest for 2024 is September 15.

Paris, Rome, Hamburg and Budapest are other cities currently having confirmed bids, with Azerbaijan capital Baku also considering launching one.

A final decision as to who will host the Games will be made at the IOC Session in Lima in 2017.