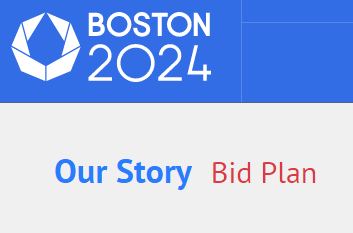 Boston 2024 and the United States Olympic Committee (USOC) has faced another challenging day in its battle to resurrect the city's faltering bid to host the Olympics and Paralympics, being accused of inconsistencies between its public and private utterances, as well as of having given Massachusetts State Governor Charlie Baker an "ultimatum" over pledging his support.

It followed the release of the city's initial bid documents exactly as they were when submitted to the USOC last December, hailed by bid officials as a further example of their "openness and transparency".

Boston 2024 chairman Steve Pagliuca, who replaced John Fish in May and has since launched a revamped version dubbed "Bid 2.0", claimed today the initial proposal was intended to serve as a "proof of concept" - a general demonstration that Boston can, in fact, serve as host city, but was "not meant to be a final or operable plan".

"With extensive community input, we released an updated plan on June 29 for hosting the Games, and, with the benefit of continued community engagement, we’re confident our bid will continue to evolve and improve," he added.

The original bid document claimed the main opposition group was unlikely to gain much traction and that there would be no referendum on the bid because it would be too “burdensome” and “onerous”.

Bid officials have since been forced to back down and agreed to referendum in 2016 amid an increasingly strong opposition movement spearheaded by No Boston Olympics.

The documents also reveal how they budgeted for a $500 million (£323 million/€455 million) operating loss, despite not making this clear to the public.

"The release of Boston 2024's unredacted bid documents confirm that the boosters have been saying one thing behind closed doors and an entirely different thing to Massachusetts taxpayers," a No Boston Olympics statement today explained.

"The redactions made in January show that the documents were whitewashed to remove any mention of existing opposition to the bid, and to conceal budget estimates that indicated the Games may operate at a deficit.

"Boston 2024 is asking for a taxpayer guarantee to cover overruns, but they have not earned the public's trust."

It was later reported by the Associated Press that the USOC, who have remained steadfastly in support of Boston 2024, had given Massachusetts State Governor Charlie Baker an ultimatum of today to confirm whether he intends to support the bid.

Baker had previously pledged to wait until the completion of a report next month by consultancy firm the Brattle Group before committing either way and again today vowed to continue to do so as planned.

He is due to meet with Boston 2024 officials on Monday (July 28) but is still expected to remain neutral until August.

Baker denied having been given such an ultimatum but when asked by insidethegames, USOC did not deny having done so.

“We have always said that the success of this bid will require majority public support and the unified backing of state and city political leadership," a statement from USOC chief executive Scott Blackmun said.

It is possible this alleged ultimatum was an attempt to gain a firmer endorsement from the authorities before USOC officials departed to Kuala Lumpur for next week's International Olympic Committee (IOC) Session.

Others have interpreted it as a sign that, if the support is not given soon, they may still withdraw their backing in favour of another city,

This has been repeatedly denied by bid officials.

To read Bid 1.0, as presented to USOC in December click