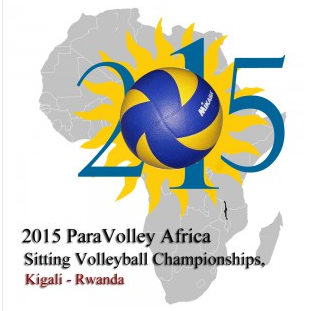 Egypt, Kenya and hosts Rwanda all made winning starts to both the men’s and women’s ParaVolley Africa Sitting Volleyball Championships in Kigali.

There were 3-0 victories on the men’s side for Egypt and Kenya against Burundi and the Democratic Republic of Congo respectively, while the home country  replicated the same scoreline against Algeria.

"It was tough but thank God we won the opening game,” Rwanda head coach Eric Gakwaya told The New Times.

"We will continue to take the momentum from one match to another.

“We still have a long way to go, but we have started well which is good for us.”

As for the women, Rwanda beat Burundi 3-0 to mirror the margin of defeat inflicted on Uganda by Egypt and the Democratic Republic of Congo by Kenya.

The Championships act as a qualifier for next year's Paralympic Games in Rio de Janeiro.

The winner of the men’s and women’s tournaments, due to end on Tuesday (July 28), will earn tickets to Brazil.

Action in Rwanda’s capital continues tomorrow with three more matches in the men’s and women’s competitions.

The men's fixtures see Rwanda face Burundi, while Egypt meet the Democratic Republic of Congo and Kenya take on Algeria.

Burundi's women are pitted against the Democratic Republic of Congo before Kenya square off against Egypt and Rwanda test themselves against Uganda.