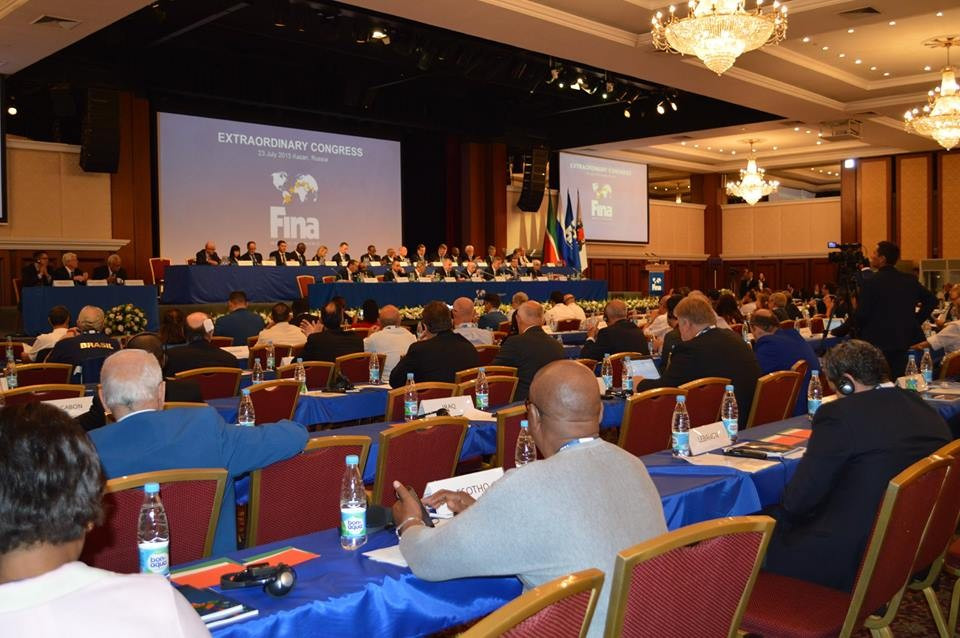 The International Swimming Federation (FINA) has paved the way for Julio Maglione, its current President, conceivably to stay in office until he is 85.

Meeting in Kazan at an Extraordinary Congress ahead of the start of the 16th FINA World Championships, delegates from 139 National Federations approved “by a large majority” proposals for changes in the body’s constitution.

The changes, which enter into immediate effect, include “suppression” of the maximum age limit of elected FINA Bureau members.

Until now, the relevant rule stated that the maximum age of elected Bureau members “must be no more than eighty (80) years in the year of the election to the FINA Bureau”.

Since the changes also include a limit of three full terms in the same post for the FINA President and two other top officials,

Maglione - who turns 80 in November - will now apparently be free to contemplate running in 2017 for a third and final term as FINA head until 2021.

The charismatic Uruguayan odontologist appears to be getting more active with age: earlier this year, he succeeded the late Mario Vázquez Raña as President of the Pan American Sports Organization (PASO).

Today’s changes also include creation of the post of FINA first vice-president, charged with representing FINA and conducting FINA meetings in the absence of the President.

The Kuwaiti, Husain Al Mussallam, a close ally of Association of National Olympic Committees (ANOC) President Sheikh Ahmad Al-Fahad Al-Sabah, was elected as the first holder of this office.

With Maglione due to cease being a full International Olympic Committee (IOC) member at the end of this year, Al Mussallam’s election raises the question of whether he now becomes a candidate for ascension to IOC membership.