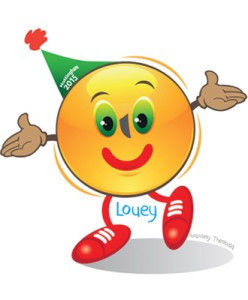 Nottingham has pledged to become the “fastest growing regional city for disability participation” ahead of hosting the Cerebral Palsy International Sport and Recreation Association (CPISRA) World Games next month.

The World Games is set to attract around 400 athletes and coaches from 13 nations who will compete across six sports – athletics, taekwondo, table cricket, football, bowls and swimming.

The majority of competition will be held at the Harvey Hadden Sports Complex, the £16 million ($25 million/€23 million) facility which has recently been developed and is seen as one of the central sporting hubs in the city.

Nottingham is also one of three cities to host National Paralympic Day on Saturday (July 25), along with Plymouth and Brighton, with the main event set for the following day on the Queen Elizabeth Olympic Park in London.

Athletics and swimming will both take place there and are due to include Paralympic gold medallists Ellie Simmonds and David Weir.

In Nottingham, locals will get the chance to try their hand at sports including wheelchair racing, boccia, wheelchair tennis and wheelchair basketball, with the World Deaf Tennis Championship finals being hosted at the tennis centre on the same day.

“Nottingham has a strong track record as a sporting city and our ambition is to build on this further, as outlined in Nottingham Labour Manifesto,” Nottingham portfolio holder for leisure and culture Dave Trimble said.

“Developing our links with partners to deliver inclusive activity at leisure centres, parks and community venues across the city is key to this.

“National Paralympic Day is a key milestone and the international disability sporting events taking place this summer along with our future plans show our commitment to setting the pace in order to make this vision a reality.”