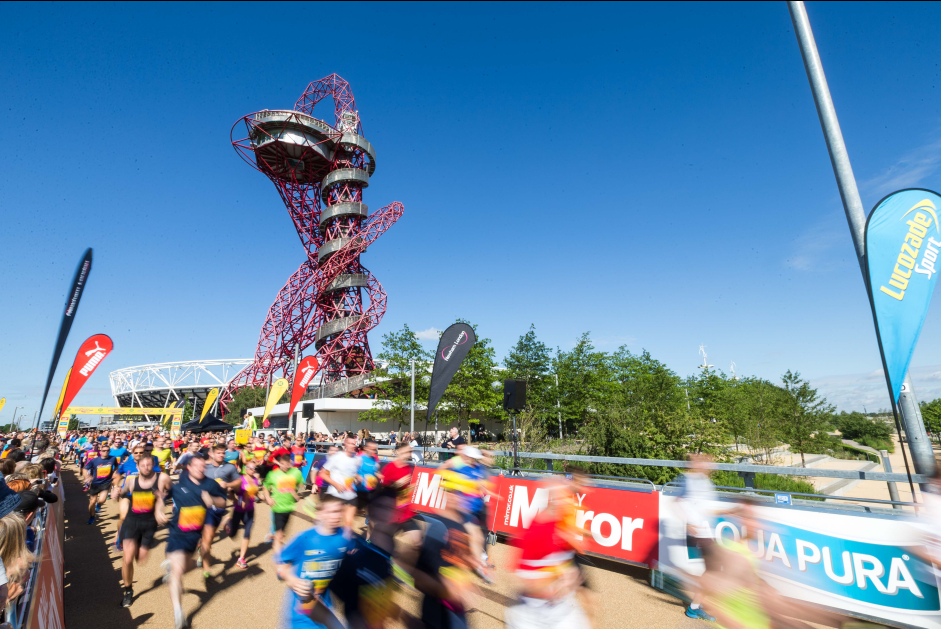 More than 17,000 runners were today given the first opportunity to see the London 2012 Olympic Stadium, which is currently being transformed in time for this year's Rugby World Cup and for Premier League West Ham United to move into for the 2016-2017 season.

The Morrisons Great Newham London Run, featuring a 10 kilometres run, a 2k family run and a team relay race, finished on the track on the Stadium in the Queen Elizabeth Olympic Park.

The cost of the renovations are £272 million ($432 million/€380 million) but Newham Mayor Sir Robin Wales believes the legacy benefits the Stadium will leave is immeasurable.

“It was fantastic to see so many people at Queen Elizabeth Olympic Park taking part in the Morrisons Great Newham London Run," he said.

"The atmosphere on the course was electric and great to see how all the London 2012 venues have been transformed.

"But nothing can beat running through the Olympic Stadium and seeing the crowds cheering you across the finish line - it is such a euphoric moment.

"Events like this help are key to inspiring budding athletes to get up and become active and I expect that many people will get the running bug after this experience.

“Today we’ve seen a sneak preview of what will be in store for Newham residents and visitors once the stadium transformation works have been complete next summer.

"There will be so many opportunities like this where both professional and amateur athletes will be able to be a part of the legacy of London 2012.”

"It’s a fantastic event in an incredible Stadium so I’ll remember it for a very long time," said Beattie.

"I really enjoyed the chance to run in the Olympic Stadium.

"Mo Farah was one of the big winners here at London 2012 so it’s great that another Newham and Essex Beagle club runner should pick up the title here today."

Brendan Foster, the 1976 Olympic 10,000 metres bronze medallist, whose company organised this event, was pleased so many ordinary runners had the opportunity to take part in such an historic event.

"Having 17,000 people running in the former Olympic Stadium today has been wonderful and from the look on everyone's face today," he said.