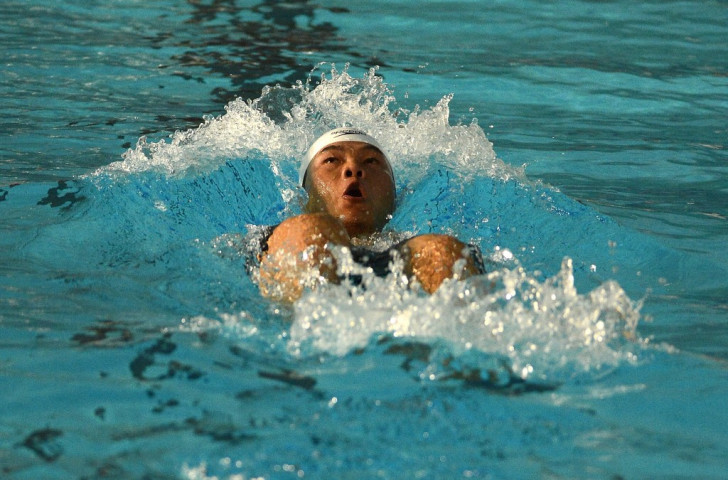 China's Tao Zheng broke his own three-year-old world record to win the gold medal in the men’s S6 100 metres at the International Paralympic Committee (IPC) Swimming World Championships at the Tollcross International Swimming Centre in Glasgow.

Zheng, a world and Paralympic champion, lowered the time he set at London 2012, clocking 1min 12.94sec to take the title ahead of Brazilian Talisson Glock, whose time of 1:13.52 was an Americas record.

On another day where world records tumbled, Belarusia's Ihar Boki won his fifth gold medal of the Championships, posting the quickest time ever recorded in the S13 100m freestyle to secure yet another title.

His time of 50.85sec gave him his second world record of the week and saw him finish one second in front of nearest challenger, Iaroslav Denysenko of Ukraine, while Russia's Aleksandr Golintovskii clinched bronze.

Another swimmer to secure a second Glasgow 2015 world record was The Netherlands’ Lisette Teunissen, who powered home in the women’s S3 50m backstroke in 51.23.

China's Guofen Meng set an Asian record of 53.04 to take silver, beating Ukraine's defending champion Olga Sviderska, who had to settle for bronze.

“I am so happy. I wanted to do that in the final,” Teunissen said.

Yang Yang added to the Chinese success story, breaking the world record in the S3 men’s 200m freestyle in 4:17.86, with Russia’s Dmitrii Kokarev taking silver, setting a European record of 4:21.94.

Maja Reichard, Sweden's world and Paralympic champion, improved on her own world record for the second consecutive World Championships to claim gold in the women’s SB11 100m breaststroke, clocking 1:27.24.

Her time saw her finish two seconds ahead of silver medallist Yana Berezhna of Ukraine, while Nadia Baez earned Argentina their first podium finish at the event with bronze.

Following their superb performance in the men's 4x400m medley relay 34 points the previous evening, Russia were in world-record breaking form once again, taking the 4x100m relay crown in 4:06.69.

The quartet of Konstantin Lisenkov, Andrei Kalina, Dmitry Grigoryev and Denis Tarasov cruised to a dominant victory, finishing more than five seconds ahead of China, who had set the previous record at London 2012.

Elsewhere, Australian Maddison Elliot maintained her impressive performance at the Championships, claiming another win over 23-time American world champion Jessica Long in the S8 100m backstroke, edging her rival to the title in 1:17.93.

Summer Mortimer of The Netherlands was third.