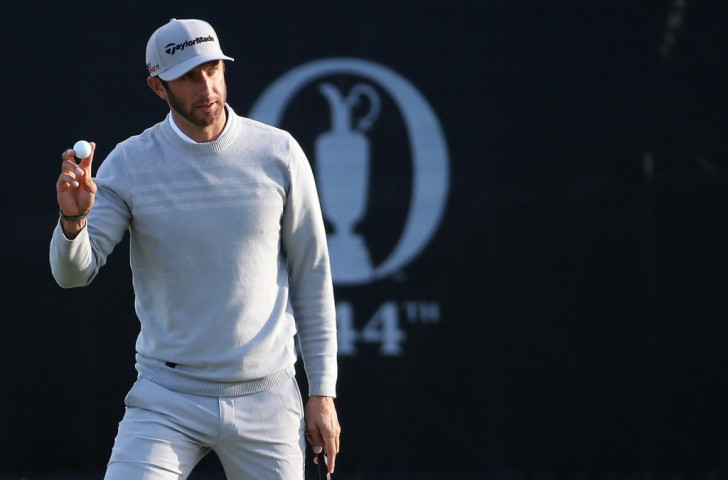 American Dustin Johnson maintained his one-shot lead at the top of The Open leaderboard while compatriot Tiger Woods faltered once again and now looks set to miss the cut for the second consecutive major on a rain-affected day at St Andrews.

Johnson is 10-under-par through 13 holes and he will resume his second round tomorrow morning along with 41 others who were also disrupted by torrential downpours, with clubhouse leader Danny Willett of England carding a three-under 69 to keep on the American’s tail.

Jordan Spieth, the formidable American who remains on course for a Grand Slam following victories at The Masters and US open, is five-under-par after 13 and is due to resume with Johnson at 7am local time.

Others who remain in contention at the top of the leaderboard are Scotland’s Paul Lawrie and Australia’s Jason Day, who performed admirably at the recent US Open in June despite suffering from vertigo, as both are currently on eight-under-par.

Day’s compatriot Adam Scott, who blew a four-shot lead at The Open in 2012 when he looked certain to claim the title, is one shot further back on seven-under, as is 2010 winner Louis Oosthuizen after 11 holes.

It was another tumultuous day for 14-time major champion Woods, whose struggle for form continues.

The American is five-over-par through 11 holes and will need a dramatic recovery on the back nine if he is to prolong his stay in the tournament.

The 39-year-old looks likely to miss the cut for only the second time in 19 appearances at the event, while American veteran Tom Watson, who finished his round on 12-over-par, is also set to bow out in what is his last-ever Open competition.

Play began in brighter conditions but they soon deteriorated, with Spieth, who usually demonstrates a tranquillity on course that belies his tender years, visibly frustrated at the howling wind.

His three bogeys and three birdies meant for a level-par round before the day’s play came to an end in near darkness.

Overnight leader Johnson meanwhile continued his excellent form from the previous day early on and despite bogeying the par-three 11, he was able to keep his advantage at the top of the leaderboard.

The 31-year-old has Willett for close company at the summit after the Englishman produced a spirited round which included three birdies in spite of the conditions, which were hardly conducive to low-scoring.