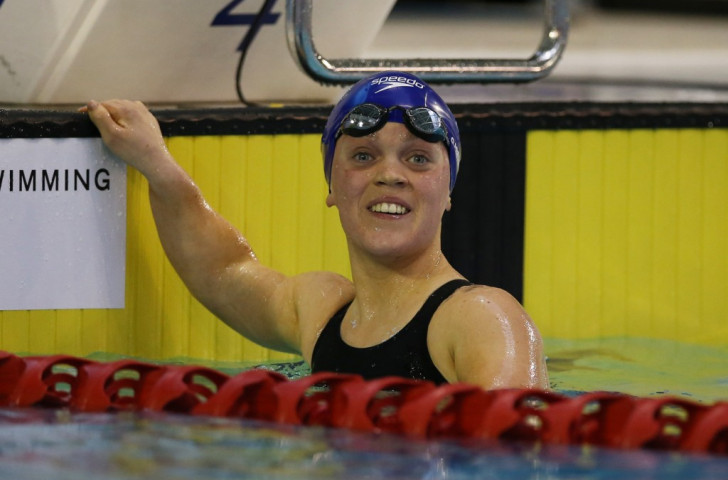 Britain's Ellie Simmonds bounced back from her shock S6 400 metres defeat earlier in the week by storming to gold in the women's SM6 200m individual medley in a world record time at the International Paralympic Committee (IPC) Swimming World Championships at the Tollcross International Swimming Centre in Glasgow.

Simmonds was able to exact revenge for her defeat to Yelyzaveta Mereshko on Monday (July 13), beating her rival to the title with a time of 3min 01.02sec, with the Ukrainian five seconds behind.

Germany's Verena Schott came through to take bronze a further six seconds behind.

“I just wanted to show everyone what I was made of tonight and hopefully that's what I've done,” four-time Paralympic champion Simmonds said.

“I'm so, so shocked about that time to be honest.”

It proved to be a successful evening for the Britons in front of their home crowd as Ollie Hynd was able to break brother Sam’s five-year-old world record in the men’s S8 400m freestyle.

Hynd clocked a time of 4:24.32, finishing comfortably ahead of China's Paralympic champion Yinan Wang, while Robert Griswold of United States’ 4:36.26 was enough to set an Americas record.

Viacheslav Emeliantsev was another swimmer in world record-breaking form as the Russian secured gold in the SM14 200m individual medley in a time of 2:08.98, shaving nearly a second off the previous best to dethrone defending champion Marc Evers of The Netherlands.

The women’s race also saw a world record and it was again Russia who led the way as Valeriia Shabalina finished ahead of Britain's Jessica-Jane Applegate with a time of 2:21.23.

The 2013 world champion Marlou van der Kulk had to settle for bronze as she was over seven seconds off the pace.

The Russians were then broke a third world record of the night as the team of Konstantin Lisenkov, Adrei Kalina, Alexander Skaliukh and Denis Tarasov clocked 3:48.10 in the men's 4x100m freestyle relay 34 points race.

Elsewhere, American star Jessica Long secured her 23rd world title with victory in the S8 400m freestyle, avenging the defeat she suffered to Australian Maddison Elliott in the 100m freestyle, with a time of 4:47.95 to ensure she retained a title she has held since 2006.

Paralympic and world champion Sophie Pascoe of New Zealand narrowly missed out on a world record in the S10 100m butterfly but was still able to take gold finishing in 1:03.74, beating Poland's Oliwia Jablonska and Alice Tai.