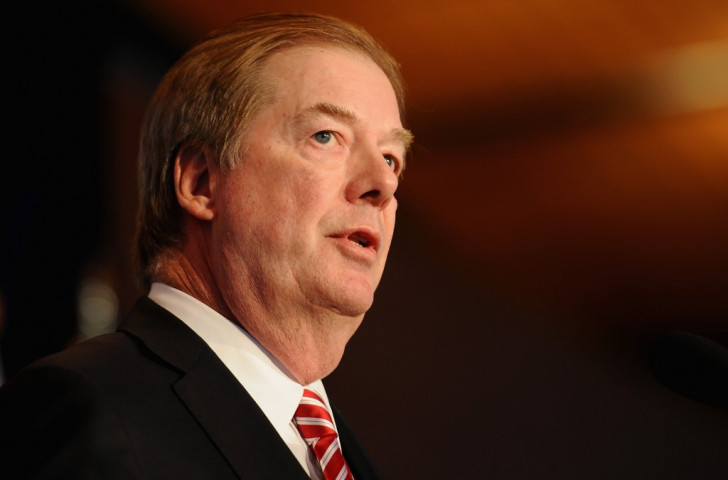 United States Olympic Committee (USOC) officials have travelled to Boston today for a series of meetings on the city's controversial bid for the 2024 Olympics and Paralympics, claiming afterwards that both continued to be optimistic that the campaign would be successful.

The visit came two-and-a-half-weeks after Boston's revamped "Bid 2.0" was revealed, prioritising sustainabilty and community benefits in response to a torrent of criticism from the local population.

Despite confident predictions then that support would rise, polls have since shown that more 50 per cent of the city's population are still opposed to the bid.

It had led to more speculation that the USOC might withdraw their support in favour of another city ahead of the application deadline of September 15.

But, in a joint USOC and Boston 2024 statement today, it was revealed details concerning "Bid 2.0" and other next steps were reviewed this afternoon as part of "regularly scheduled meetings to be held throughout the multi-year bidding process".

Boston Mayor Marty Walsh and Massachusetts State Governor Charlie Baker also met with the officials in separate meetings, with the ongoing assessment on the financial viability of the new bid plan by global consultancy firm the Brattle Group discussed, as well as safeguards to make sure city tax dollars are not put at risk.

It followed a series of promotional videos, including one involving Boston Red Sox first baseman and Boston 2024 Board of Directors member David Ortiz, being released in an attempt to build support.

“During today’s meetings, we shared details of our progress and our continued engagement with the community to ensure that Boston hosting the Games delivers legacy benefits that will enrich our region and the Olympic Movement for years to come.

"Our collaboration with Mayor Walsh and with the USOC reflects the strengths of partnership across the board and the collaborative approach we’re taking to bring the Games back to the US, right here in Boston.”

USOC chief executive Scott Blackmun, present today alongside the body's chair Larry Probst, added: “Today we reviewed the progress that Boston 2024 has made over the course of the last two weeks and confirmed that the Brattle Group is working diligently on its assessment of the financial viability of the new bid plan.

"We’re pleased to have the support of the Mayor and look forward to working with Steve Pagliuca and the entire team at Boston 2024 to make this bid a success."

Criticism, though, has continued from elsewhere, with leading opposition group No Boston Olympics publishing a series of Twitter messages mocking and opposing the bid.

#USOCGoHome was the top trending hashtag on local Twitter feeds during the day.

Also today, a group of Massachusetts residents formally filed a petition seeking to place a referendum on the 2016 ballot banning taxpayer spending if Boston is awarded the 2024 Summer Olympics.

The petition is entitled "No state taxpayer money of any kind to build or run a Boston Olympics".

Budapest last week added its name to a list of cities bidding for the 2024 Games that includes Hamburg, Paris and Rome, with Baku and Toronto other possible contenders.

The winner is due to decided at the IOC Session in Lima in 2017.

TOP STORY: Documentary series to be made showing "evolution" of Asian Games